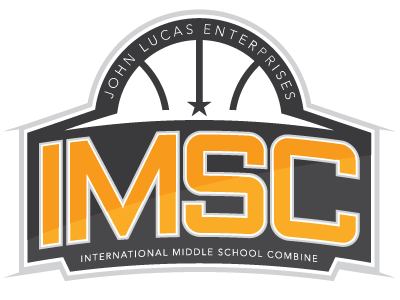 There were some good talent on display, however the most intriguing players were; 2025 6’4” SG Davion Hannah, Milwaukee Academy of Science (WI) who was arguably one of the best prospect in the gym. Hannah proved that he was above the rest of the competition all weekend. The 6’4” G/F showed an arsenal of skills and displayed it by scoring at all three levels. He has great vision and handles in the open court, to sum things up he is very skilled at this point in his process. Hannah checked a lot of boxes but there’s always work to be done. 2025 6’5” SG Hudson Greer, Lake Travis MS (TX) can give it to you in multiple ways; 3 ball, mid-range or dunks. One of the most skilled players in all of camp, Greer showed his offensive ability with a versatile mid-post game and unexpected bounce. He also showed his range on the perimeter disabling defenders making them play honest. He was able to take what was giving within the pace of the game. 2025 6’4” SG Shon Abaev, Miami Country Day (FL) was easily top 3 in the camp! His confidence to shoot the long ball made him very intriguing. Abaev is a big long guard who uses his size and shooting to be effective.  Would like to see him be more of a playmaker at times to keep the defense honest. Finally, we were very impressed with the way Abaev handled himself against the other players; he was not at all intimidated but showed he is amongst the top prospects in the country. 2025 6’10” Aliou Badara Diakite, Redemption Christian Academy (NY) is compressed with skill & talent! Still hasn’t reached his full potential yet but he showed flashes of what he will be. Diakite is not only long, agile and athletic but he’s able to finish strong at a high rate around the cup.  He also can handle the ball in the open court and get out in transition. Diakite is still raw in some areas but all the signs are there, he’s a definite prospect. 2025 6’6” F Sebastian Williams-Adams, St. John’s School (TX) displays size, length & a motor. He checks a lot of boxes at his age from post presence to rim protector. Adams is just scratching the surface, he showing he will be a force to be reckoned in the future. He showed his shot blocking ability and touch around the rim. Love what he brings to the game. 2025 6’2” G Kohlman Dutton, Woodcreek (TX) once in rhythm his abilities showed. He soaked up contact while finishing, defended either guard positions & started transition off his offensive rebounding. Dutton can get you buckets and his ability to create for teammates is significant. He just has to stay in attack mode from start to finish.

2025 PG Cedric Jones, Bryant MS (AR) worked extremely hard on both ends. Size didn’t matter, he’ll attack anyone! Soon has he touched the paint, he made correct passes off his dribble penetration and created space for his own shot.

2025 PG Jayphon Duncan, Bleyl MS (TX) controlled tempo, made others better & got his shots as well. He brings a general attitude to the court. Duncan kept the rock on a string and made use of his elite handle to break down defenders.

2025 G/F Omarion Harvey, Leaman Jr. MS (TX) is a long forward with athleticism. He did a good job of finishing in transition and scoring in multiple areas of the floor. However, Harry can get much more.

2025 G Sebastian Edwards, Colonial MS (PA) was a really good two way player, aggressive and looked to score. Edwards was able to be disruptive on the defensive end.

2025 F Aiden Disu, Barton MS (TX) has good size, proved to be a glue guy on both ends of the floor. He did a little of everything on the court but can use size better.

2025 G Luke Moore, Pulaski Heights MS (AR) Good IQ and his biggest strength proved to be his awareness to do whatever is needed.

2025 G/F Blake Petty, St. Michael’s (TX) was able to play the 3/4 spot and knew how to separate from defenders to create shots.

2025 G Dorian Hayes, Ronald Thornton (TX) played either the 1 or 2 spots, he was very quick to spots and plays with pace. He has abilities to the basket plus understands the game.

2026 G Kingston Eckermann, Manvel Jr. High (TX) was a tough on the ball defender, good 2 way player but needs to work on shooting. Eckermann Play with a chip on his shoulder in did a good job of getting downhill creating space to finish.

2026 G Isiah Ward, Luna MS (TX) stretched the floor in transition and was a shot maker. Ward’s shooting ability allowed him to operate in drive and kick situations and he knock down big shots after big shots from the corners.

2026 Jayden Washington, Homeschool (KY) is a shooter, fast and uses his crossover effectively plus other dribble moves to create offense.

2026 Kady’n Turner-Scott, OEA (NC) did a bit of everything and stayed active. From boxing out, grabbing loose balls and knocking down shots Scott, put in dirty work all day.

2025 G Lorenzo Contreras, Challenge Mangent MS (CO) was a defender, show toughness and resilience mixing it up grabbing bug rebounds over much bigger and stronger opponents.

2025 G Noah Neumann, Homeschool (TX) was one of the better polish shooters in the camp, showed off his quick release and floaters all day. He also showed finishing abilities in the paint.

2027 G O’Neal Delancy, MT Moriah Christian Fundamental (FL) was strong and quick, uses energy and instinct to create offensive and play the passing lane defensively. Delancy has promised once he chooses his primary position which we will be the 1 or 2 spots.

2025 G Shelton Henderson, St. Thomas More (TX) plays position less basketball, very positive and athletic. He can score every time down but has to push himself more.

2025 G Jake Westbrook, Frankston MS (TX) was a scorer at his position, showed good vision and stretched the floor with his 3 ball.