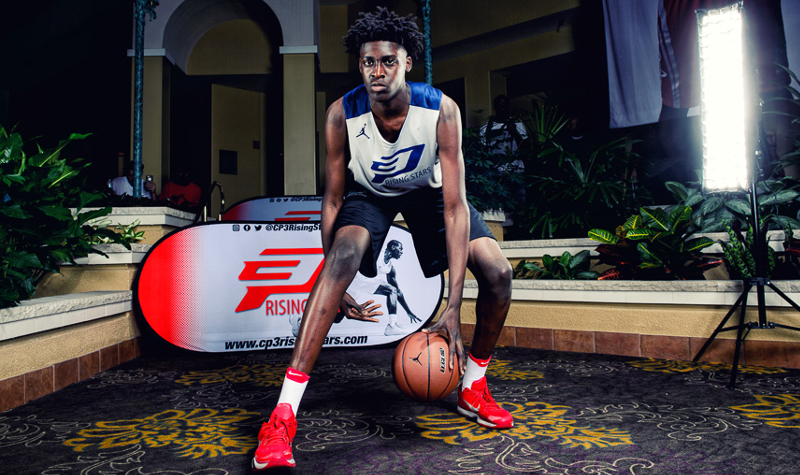 BRAMPTON, ONT (CAN) — Charles Bediako is emerging as a national prospect and has started to catch tons of attention as of late. The Class of 2021 6-foot-10 Canadian is not too hard to find especially playing under the guidance of Director Dawyne Washington who heads the U-PLAY Canada Nike EYBL organization.  Canada has a in depth history of producing talent, from RJ Barratt to Andrew Wiggins.  Bediako has the potential to be up next and break through for the 15U UPlay Canada squad.  UPlay also has Bediako’s older brother Jaden Bediako who plays with the 2019 17u team and holds several high major offers.

In a recent conversation with Dwayne Washington, we talked about the phenomenal prospects future and his future high school placement.  Washington mentioned “Charles makes an effort to play high major basketball, in a power 6 conference and currently plays with Ridley College Secondary School in St. Catherine, Ontario.”  While he continues to make his name well known in Ontario, he’s seems ready to start making some serious noise in the US but he will be forced to make a decision on weather to play in Canada or the US. “As the season goes, he will make some crucial decisions on his high school career soon. “He does not plan on leaving Canada anytime soon to attend a school in the United States, however after this year we will reevaluate his path.” stated by Dwayne Washington.

There’s no complaints about Bediako’s size and frame on the floor and his capabilities in this game. Look for a very successful upcoming season from the young and talented forward, as he plays with UPlay on the NIKE circuit, Bediako should be one of the more sought out players in Canada while he continues to grow, development and rise in rankings.

Previous 2018 “The Breakdown Showcase” Video Recap, #1 Exposure Event in TAMPA!
Next Florida twins emerge at the 2018 CP3MSNC in North Carolina