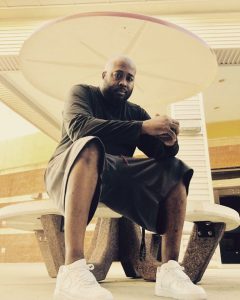 Reginald D. Burke Sr. is a Basketball Scout who works with players looking to push their opportunities for exposure leading to scholarships.  After spending over 20 plus yrs preparing athletes through his own basketball programs, Burke knows the game of basketball. He has helped or assisted players in their journey to play College or Professional Basketball.

A graduate of Buffalo Academy for the Visual & Performing Arts and  varsity player plus a brief playing career at Alfred University.  Burke is an accomplished scout, director and organizer; specializing in talent evaluations and locating new talent.  Having the skill to recognize talent and connecting with players has been the key to his success. 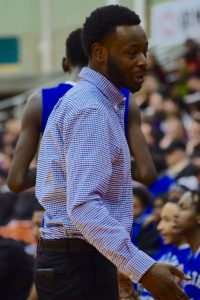 Michael A. McMillon First HS coaching job was at Oracle Charter School as a JV Basketball Coach, served as a Varsity Assistant Coach for the Health Science Charter School in Buffalo, NY.  For over 25 years, Coach McMillon has help WNY area MS and HS basketball players & programs through the AAU National platform.  Programs such as ASYB, Upstate Basketball Club, Corey Graham Elite and Bay Area Hoops Elite NY and other community based teams have benefited. Coaching career began as a skills and development coach for student-athletes between the ages of 5 & Up. He has participated in many trainings and development camps nationwide, with a home base in Buffalo, NY.  Within his many years of coaching & training experience he has trained and coached players who have received college scholarships for basketball.

Reggie Burke II  was an NAIA ALL-American, a College 1700 point scorer and continued to play professional basketball overseas. Burke was a standout at Strawberry HS in Tampa Bay, FL, where he was Top 24 in the County plus a Hillsborough/Pinellas AllStar. Also Coaches/Trains for John Lucas Top 160.