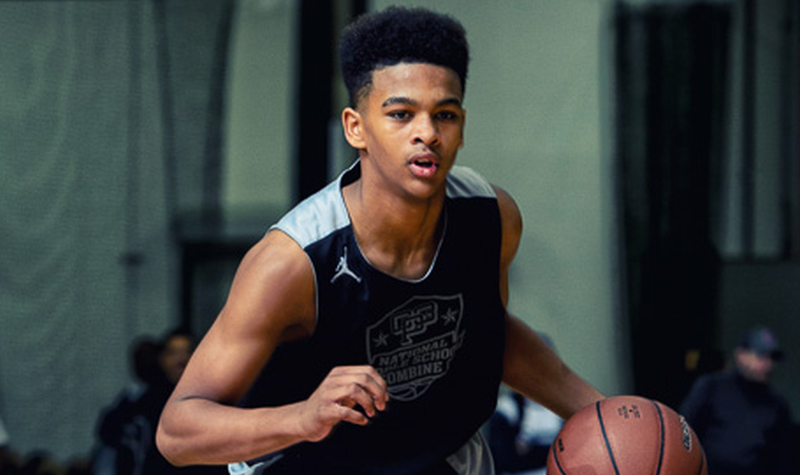 THE PREP INSIDERS: SKYY CLARK, A CALI KID ON A MISSION

LONG BEACH, CA — The West Coast product Skyy Clark, who attends Heritage Christian School, is placing a mark on events from State to State. The Class of 2022, 6-foot-2 powerful guard resides in California but has distinct roots in Florida.

Skyy’s father, Kenny Clark, stated to ThePrepInsiders.com that he is a native of Florida and former player for the Minnesota Vikings. But that’s not it, he also has an uncle named Steve Rhem (New Orleans Saints) and a stand out cousin in the name of Duante Culpepper (Vikings).

Clark’s skills are very intriguing at this point, making you wonder how good he will look down the road in his career. Displays a solid movable frame with aggressive tendencies when attacking the basket.  We asking Kenny Clark about his sons future, he had no hesitation stating. ‘’ I see him as a one and done player, NBA All Star and MVP.’’  As of right now, Clark continues to strive for his goals in middle school.  ‘‘He will continue to build on his success and light the circuit on fire!  He saying he’s about to really show people why he’s one of if not the best player in the country’’

With high school not that far away, he mentioned some options he’s looking towards.  ‘’Harvard Westlake, Crossroads school of Performing Arts and Windward High School.’’  As for now, let’s watch him do good things on his way to becoming that top national player.