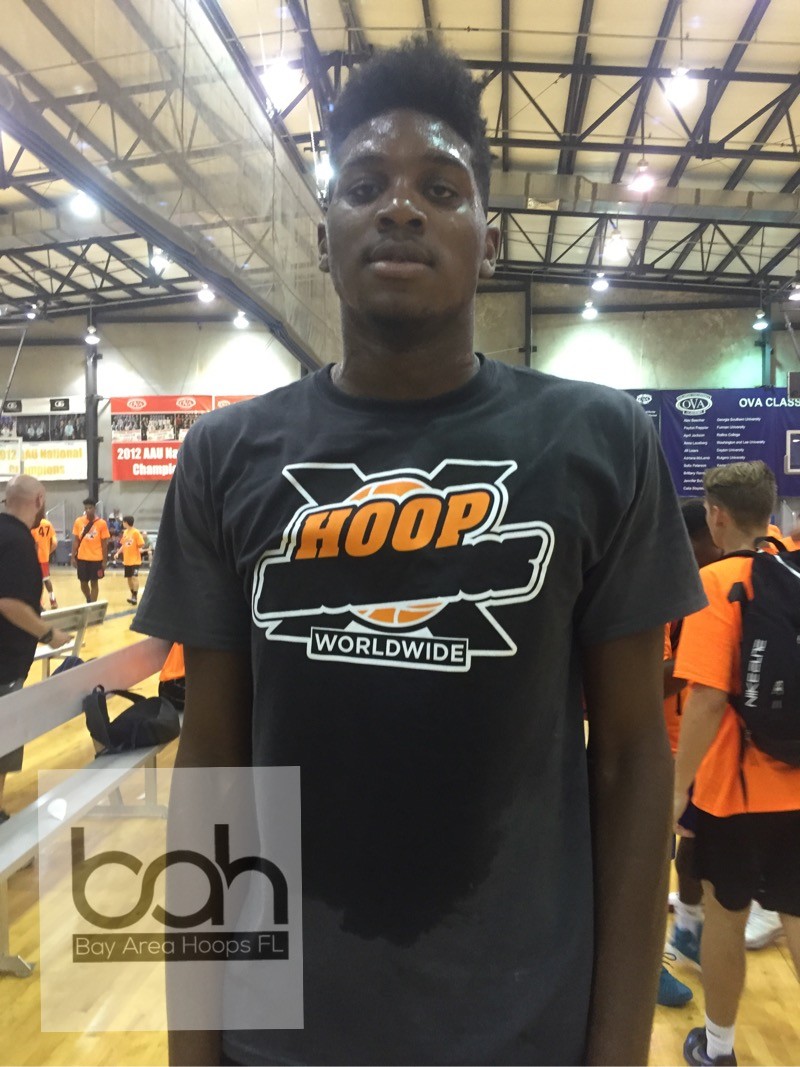 Orlando,FL was the place to be this past weekend, where featured prospects displayed talents at the Hoop Exchange Fall Festival held at the Orlando Sports Complex.

2017 7’2” Zach Brown has definitely caught my eye with his length as well has his abilities to keep the ball over his head away from defenders for easy buckets.  Looks to be well in shape as he went up and down the floor, plays with confidence and knows how to ask for the ball in post situations.  He as offers from: Kentucky, Connecticut, Florida, Kansas, N.C. State, Miami, S. Carolina, Ohio State, Virgina, UCLA and Kansas. 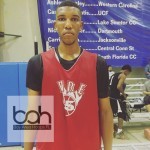 2016 C Tony Bradley started out punishing people in the post.  He has incredible foot work and good hands for a big. Bartow HS and Bradley will be something to watch this year.  With his soft touch, Bradley can hit the short 10-15 footer that will make him a really versatile post presence in the ACC next year.  Looking for him to make a big impact at NC. 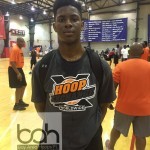 2018 PG Elijah Weaver leaves me speechless at times.  He’s a player that can turn a game up when needed. He’s a lefty who can sell the right, it’s scary.  He creates better going hard right with a quick change of direction, and sets his shot selection depending on how he’s being played by defenders.  Jump shot will get better as he grows in experience and development.  His height and size is ideal for a top D1 program.  Were keeping our eye on Weaver as much as possible and so should you.   Weaver has offers from: Florida, FIU, Louisville, Nebraska and USF. 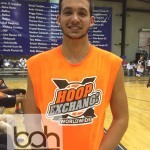 As I probed the gym early Sunday morning, I finally got to watch 6’7” Forward Wyatt Wilkes of Winter Park. Wilkes came off really smooth with good size, unexpected athleticism and a strong stern appearance.  He’s an average dribbler with an average jump shot but he’s a “Do it all kid”.  Wilkes is in high demand with schools like UCF, UAB, Clemson, Virginia Tech, RICE, Tennessee & FGCU offering and interest from other top programs. 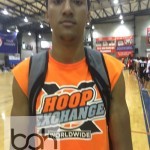 I really found 2017 Point Forward David Nickelberry very intriguing.  For his size he can do multiple things in the open floor. Unlike other point guards, Nickeleberry can see over defenses and really cause match up problems.  An average shooter but he can shoot the mid-range shot and hopefully he can work on stretching the floor with his 3 ball.  He can make plays for others consistently because of his unselfishness. He has offers from: Murray State, Miami, Memphis, Indiana State, FIU, George Mason, Stetson, Tulane and Stephen F. Austin

2018 Nassir Little of Oakleaf can make things happen when he’s aggressive. A slasher to the rim and looks to be expanding his game beyond the arc. He has a high motor and a “no quit” attitude. Little has offers from Florida State, UCF, Florida, Stetson and North Florida as reported by Verbal Commits.  This list will increase really soon.2017 Ibrahim Doumbia a 6’7” F from Miami Country Day has a motor, plays with a high output of energy and is a worker around the rim.  Doumdia can play the 3 or 4 depending on the system. 2017PG Trent Frazier of Wellington is a scoring guard with a quick first step. He’s a working PG on both ends.  2018 PG Damon Harge of Orlando Christian Prep was creative as always and really transforming to a true PG. Harge is great literally, change of direction as well. Still is improving on his deep ball but is hard guard for most players.  2017 SG LJ Figueroa of Oldsmar Christian is exciting in the open court.  Looks to finish at all times from back door ally’s too off the dribble drives in the lane.

These guys caught our eye:

2018 PG David Pierce of Gibbs HS will be a promising prospect soon. Pierce is a hard worker and is developing.  2018 F Giir Ring of OCP showed his finishing abilities and tough play. 2017 Stacy Beckton of Atlantic HS is really improving. He’s improved physicaly, and he’s creating more off penetration but he still should work on his mid-range and long ball.  2016 CG Carlos Acevedo of Oldmar Christian is coming along and he appears to be more comfortable at a guard position.  2018 CG Ricardo Clouden of Lennard HS is a under the radar player.  I’ve been watching him since August and he’s improving as a potential prospect. 2018 CG Messiah Turner is interesting because of his potential to effect a game on defense and his athleticism on offense.  2017 SG Anthony Polite of Saint Andrews is a strong lefty athlete.  He can get into the paint or pull up from deep with that smooth stroke. 2019 F CJ Walker of Sanford Seminole is up and coming. Long athlete that can produce points when needed.  2017 Eduardo Camacho of Miami Christian caught my eye as he competed with Damon Harge and showed lots of confidence.  Good movement and vision in the open floor and a smooth ball handler in transition.