The Boys Class 7A semifinals game featuring St. Petersburg HS (St.Petersburg,FL) vs Lincoln HS (Tallahassee, FL)  was a hard fought game that came down to halftime adjustments.  The Green Devils of St Petersburg HS struggled to put it together for most of the game against the Trojans of Lincoln HS who appeared in the final four for the first time. 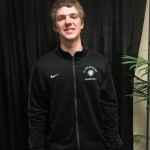 Lincoln’s  2017 F Dwight Wilson ended the game with 34 points and his counter part 2016 G Kyle Kincey appeared to be unstoppable in the first half he had 16 points.  After adjustments were made Kincey scored 3 points in the second half.   2016 SG Travus Bianco’s strong first half helped keep the Green Devils afloat. Bianco finished with 22 pts with 4-7 coming from beyond the arc. “This is my last year, so I wanted to come out and play as hard as I can.” Bianco said.

2016 F Glenn Miller and 2017 F AJ Ford stayed active on the boards and made second chance opportunities. 2016 PG Antwoine Reid made some key shots to keep the Green Devils close.   They were  catalyst with their hustle plays, they did the intangibles allowing the Green Devils to sew up the win.  Coach Dimitric Salters said ” They grabbed rebounds, and second chance opportunities will get you every time.  We gave ourselves a chance to win and that’s all we can ask for.” 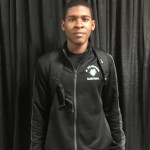 He struggled offensively in the first part of the game, but he continued to work and in the second half his defense became offense.  He gave the Green Devils a much needed push to close the game out against Lincoln(Tallahassee,FL).  Banks finished with 15 points , 13 rebounds and 6 assists .  “I had to finish for my team, and overcome adversity.” Banks said.

Coach Chris Blackwell said “Our experience and schedule has helped us; helped us continue to drive.  We’ve been here before. We just didn’t want to go home without reaching our goal. They showed it tonight and never quit. ”
This is their second straight Class 7A state semifinals.  St. Petersburg trailed most of the game but was confident and grabbed the lead late in the 4th.  The Green Devils  pulled out a 71-65 victory over a really tough team.