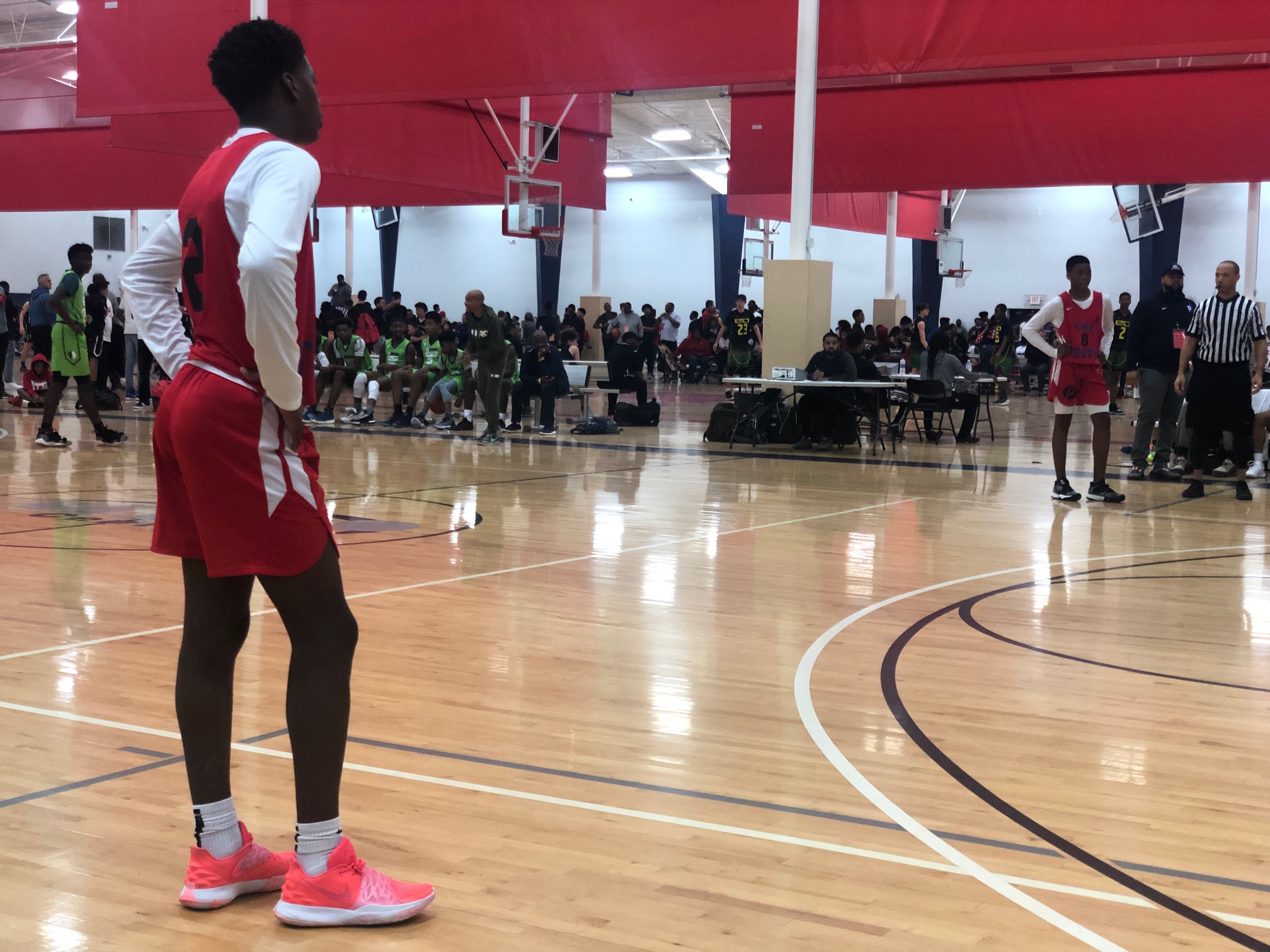 Houston, TX – We were very fortunate to get back to the State of Texas for the John Lucas All Star Weekend in Houston last.  With well over 125 plus teams, the highly ranked event attracted teams from all around the country.  The 2023 championship game Sunday matched up Nike Team Griffin and Houston Hoops Blue Chips, with HHBC winning 56-48.

Watching players and match-ups kept BAH busy roaming the MI3 Center witnessing players.  While players played in front of respected national evaluators in a 2 day tournament event that consisted of  3rd through 8th grade teams, we noticed a mixture of familiar faces and unknown talents.  Lets take a look at a few we were able to view. 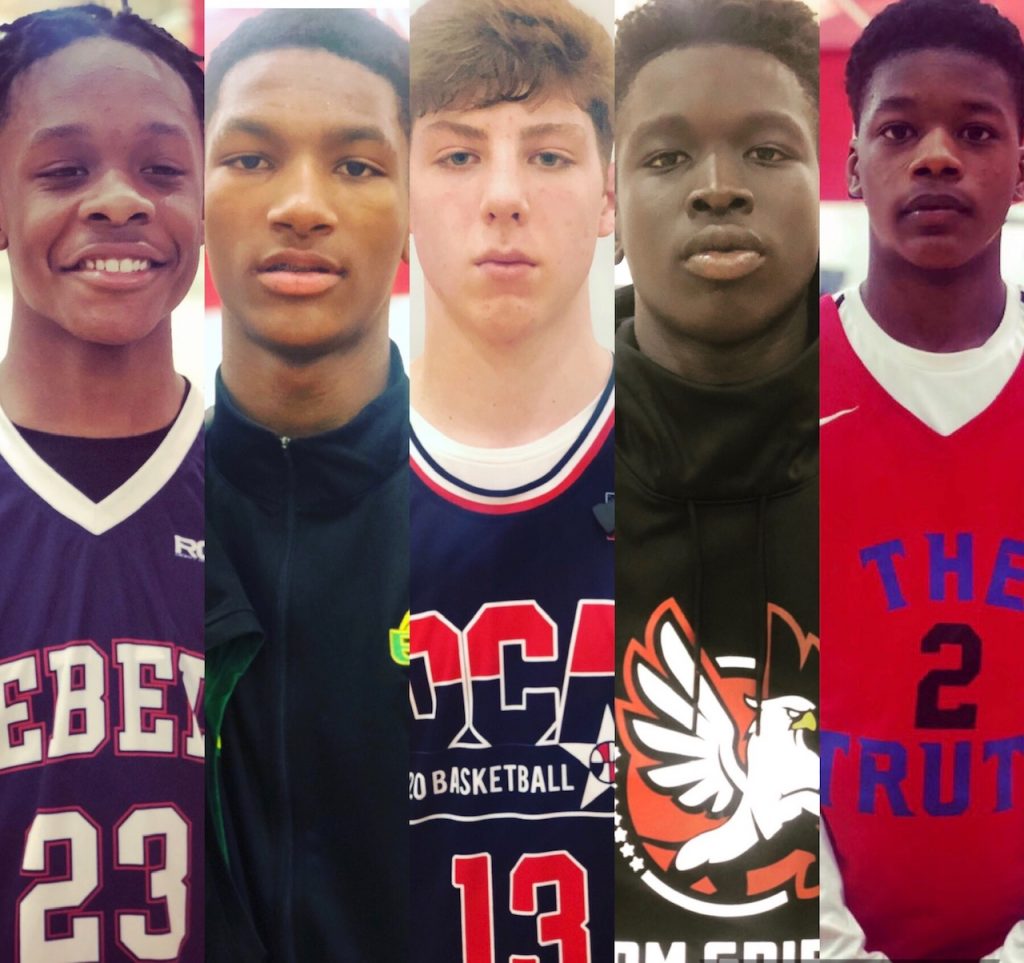 2023 PG Michael Price, The Truth EYBL – Had one of the smoothest games around! Changes direction quickly and visualizes the floor.  Price’s ball handling skills and court vision were impressive.  What sets him apart is his advanced approach to the game.  He’s a big time player who plays extremely hard at all times.

2023 G/F Omaha Biliew, Team Griffin EYBL – One of our favorite players in the gym. Showed an ability to play on and off the ball.  Watson was one of our top impact players that we saw that weekend.  Biliew is a match up nightmare for his defenders.  His ability to put it on the floor, allows him to effectively use his length and makes him look very attractive.  The other part that stands out is his athleticism, Biliew will develop into a solid D1 Prospect.

2023 6’4” SG/SF Drealyn Mosley, EAD – Played extremely well at the 1-3 spots and also was effective on the block. Very unselfish player!  Mosley had a nice touranment and showed his ability to be versatile on the court.  He can score on all three levels and in bunches if needed. 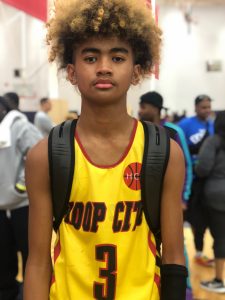 2024 G Vyctorious Miller, Hoop City (PMHCA) – A true competitor who loves the game.  Miller is the guy you want to have the ball in his hands especially when a bucket is needed.  His first step is what allows him to score on all three levels and can makes it look easy at times.  Solid performance on the weekend.

2023 6’4” SG Camerin James, E1T1 – Had no slack when playing the 1-3 spots plus has the athleticism to be very special.  James is an athletic player who was able to finish in traffic.  James can be a big effective guard who has a physical makeup that is imposing plus create havoc defensively.

2023 6’5” Carson Muse, DCA 2.0 – Played with patience,  has abilities to put the ball on the floor and has an effective 10-15ft shooter.  Muse has good size from the wing position and plays smart when he’s on the court.  The fundamental aspect is there and he’s a player who rebounds well on both ends.  Don’t sleep on this kid, he shows his standout qualities when you watch his game. 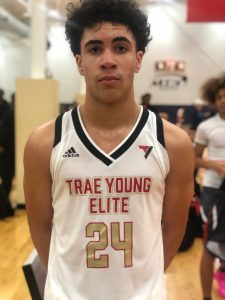 2023 PG Jacobe Johnson, Trae Young Elite – Has good size for a PG at this level. Good movement with his dribble especially in traffic. Johnson is a solid lead guard who has a excellent first step and burst with the ball in his hands.  He was maneuvering and creating in all the games we watched.

2024 6’0” PG Deontrell Barrett,Team FOE  Elite – The strong lefty can do some scoring damage when he’s locked and loaded.  We had a chance to watch him in their 70-45 win over Trae Young Elite then in a close 30-29 loss to the Arkansas Rising Stars in the 2024 championship.  The Team FOE Elite standout PG maybe the top lead guard in his class.

2024 PG Benjamin Roseborough, Matt Barnes Elite – was able to simplify  the game and standout. He has the tools to be very good!  Roseborough was one of the better lead guards for the 2024 class.  He’s quick, displayed controlled ball handling skills and had the ability to score the ball.  He’s tough, hard nosed and keeps his head on a swivel all of which are standout qualities. 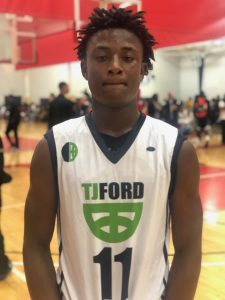 2023 G Jamyron Keller, TJ Ford Basketball – is a tough two way player. Plays with a ton of energy! Had 27 pts in game against DCA.  He was our favorite player because of what he brings to the table as a complete player.  Tough as nails and will leave it all on the floor.  Keller was the most aggressive player of the weekend!

2024 F Jayden Williams, E1T1 Rebels – The 6’6” Williams looks to have the wing span of a 7 footer and he his still growing.  Emerging from the small town of Oak Soul in Florid, the shot blocker and help side defender will someday be a prospect you remember.  Still raw in talents but there is denying his tools.

2023 Finley Bizjack, UAA Texas  – The 6’2” G is deadly from beyond the arc.  Bizjack made himself available for catch and shoot action while occasionally putting the ball on the floor to mix things up.  I wAtched him put up 36 pts against YW Ballers in a losing effort.

2023 Christopher Lockett, Houston Hoops Blue Chips – He’s “AAA”(Allusive, Athletic and Agile)!  He has a game that can be very amazing at times which puts the Louisiana native at the top of his 2023 class.  BAH viewed Lockett in 2017 at John Lucas Camp Right Way and since then, he has added on to his eye catching game. Lockett  can score in all 3 levels and his growth is ahead of the curve, so lets continue to watch.

Let me acknowledge some of the 7th and 8th graders below who stood out individually, either through point performance, working without the ball or just hustle efforts.