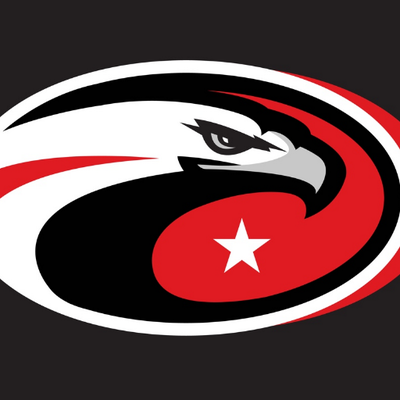 Tampa, FL — Chris Senoga-Zake is the new head coach for Carrollwood Day School.  He previously spent last season as the Assistant Coach under Head Coach Teddy Owens in the 2017-2018 season. The team went 24-4 overall and claimed the 4A District 4 Championship. 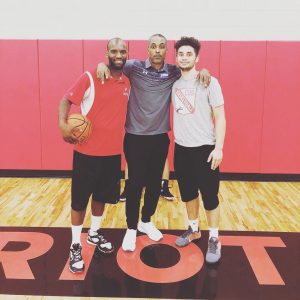 As CDS prepares for the up coming season under Coach Senoga-Zake, he is trusting his veteran duo in Malcolm Whitlow and Edgar Ziegler. “Malcolm and Edgar are two of the most underrated players in Hillsborough county. Their work ethic is what any coach looks for in a student-athlete. They both play with a high IQ and lock down defensive mentality. They are constantly in the gym at least 4 hours a day. Going into Senior year, I expect them to continue building on the breakout seasons they had last year. Currently going into Senior year Malcolm is getting interest from Mercer, Georgia Southern, LeHigh, Princeton and several other division 1 colleges and Edgar is getting interest from West Point, Lehigh, Eckerd College and several other Division 2 and Division 1 schools.”

Coach Senoga-Zake graduated one senior (Owen Mixon) from that team and still is in a solid spot to return has district champs again.  “Our team is looking to build and add to the foundation we established last year under Coach Teddy Owens. As my leaders, I expect Malcolm and Edgar to get our new comers acclimated to our system and lead by example as they did last season. Malcolm and Edgar bring a lot of intangibles to the team besides scoring. They are well rounded student-athletes that perform at a high level on and off the court.”  Coach Senoga-Zake knows the game well.  Before joining the Carrollwood Day School Staff Senoga-Zake played professionally overseas in Europe, South America, some minor league teams in the United States.  There were opportunities  for Senoga-Zake to work out with some NBA teams before retiring in 2013.  Senoga-Zake is a active volunteer, coach, and mentor to a several young men in the Tampa area; many of them have continued on to play on a collegiate level. 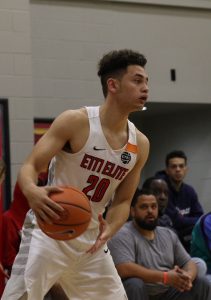 We talked to CDS duo and they spoke highly of their coach and the outlook of the up coming season. The 6’1″ Jr. PG  Malcom Whitlow mentioned “This new season under Coach CT will be fun, we will play uptempo and expect the same accomplishments as last season.  To improve my game I’m in the gym everyday working out at Speedway Village.  Playing with E1T1 on the EYBL Circuit this summer has helped me develop by playing against tough competition.”

Malcolm Whitlow averaged 22.1 points per game for Lincoln Northeast in Lincoln, Nebraska during his sophomore season.  After relocating to Florida, Whitlow average 31.8 ppg his Junior year at CDS and on he’s on his way in making a good push to become Hillsborough County’s all time leading scorer with less then 800 points to pass recently drafted Kevin Knox of the New York Knicks.  Currently Whitlow has interest from Mercer, Georgia Southern, LeHigh, Princeton and several other division 1 colleges.  Coach Senoga-Zake added that “Whoever gets Malcolm is getting an absolute winner who will do whatever he has to do to lead his team.”

His counter part 2019 6’3″ Edgar Ziegler has shown promise, last season he was averaging 17.5 PPG and he’s continuing to improve his game. 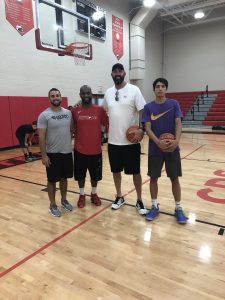 Edgar has 5 siblings so we know he has a ability to be competitive. “I am working out 3 times a week with the weight trainer coach Shane and doing daily workouts with our head coach CT. I do this along with our team practices plus this past summer playing with Skills Center Elite was one of my most helpful summers of my basketball career.  The tight schedule and multiple workouts helped with my time management which is fruitful both on and off the court. Just playing against the level of competition that CT puts me against has developed my game physically and mentally.  This season coming up will be exciting and record setting under Coach CT, we are starting early and creating great bonds with our teammates in the off-season. You can expect a high scoring fast paced type of game.” Ziegler also states that he’s a perfectionist and his mindset is that I can always do something better.   With this transformation season coming up, lets keep an eye on this CDS team.