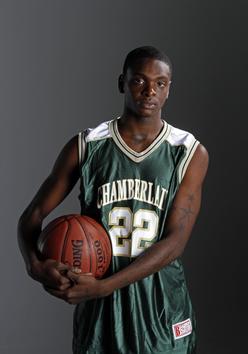 Reggie Hart who is a guy that scores in bunches, as had a breakout year with Chamberlain High School.  With numerous high scoring games he’s become a favorable name around the county.  Hart was a unanimous vote for Bay Area Hoops Player of the Year averaging 25 pts per game.  With his superb play ( 40 pts in championship game ) Chamberlain as accomplished a 7A District Championship and he recently past the 1000 pt mark.