2017 M.O.A.M Kickoff Showdown had a weekend full of basketball.  The Ft. Lauderdale area was covered with over 50 teams this past weekend and there were a lot of games to enjoy.  From the games we watched, here’s the standouts we noticed. 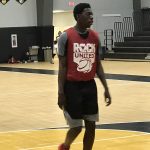 2020 6’4″ F Chris Jones of Rock United Commanders is giving opponents havoc with his active play.  Jones was most aggressive in there full court press playing on the ball.  His length and passion is an attraction. 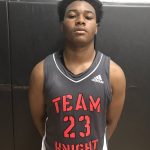 2021 SF Javaris Rolle of Team Knight got in the lane from perimeter penetration & used his frame to get to the FT line. Rolle has the potential to be a stud but should work on his shot selection and vision to make the extra pass at times.

2022 Andrew Akuchie of St. Gregory and S. Fl. Disciples was one of the best players I watched on Sunday. The youngest of the Akuchie brothers, Andrew plays better has competition increases.  A Tim Duncan type of demeanor, he is calm and cool but will give you BUCKETS! 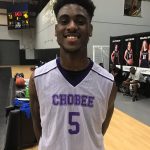 Unsigned 2017 6’4″ SF Shaquoy Ferrol of Okechobee HS (Chobee Nation) was dominant from the start against Team Pete.  Very surprised he has no commitment. More then a rim runner, has skills to play at the next level. 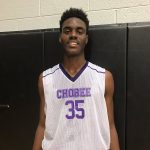 2019 6’6″ F Jaquan Ferrol of Okechoobee showed good footwork & took advantage of undersized defenders. This new face from the islands is a nice prospect! Check him out below.

Unsigned Senior 2017 PG Jordan Parson of Team Pete has some game! College Coaches needing a PG should hit him up.  At 6’1″ Parson can be a effective in the right program.  He displayed a confidence to me on Saturday that a lot of kids don’t have. 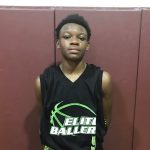 2019 Miami Killian HS G Shawn Nelson of The Elite Ballers is a special talent! Crafty, two end player with a high IQ.  Killian had the best offensive package we’ve seen from any player that weekend.  Love his game! 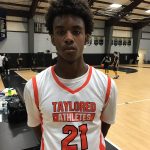 2020 6’4″ SG of Ivan Reynolds is a sizable player, strong & athletic. Plays at full speed and is hard to stop when he is on his game. 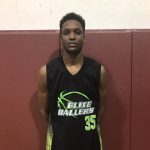 2018 Immanuel Crump of Norland HS & The Elite Ballers makes plays in transition and will finish with Force once in the lane.  There were numerous times throughout the game he was able to maximize his dribble penetration to the rim.  However, he will have to understand when not to over pound the ball to beat opponents.