Huntington Prep (WV) 75, Oldsmar Christian 53:  The first half of this contest stayed close HP leading OCS 30-25.  OCS top recruit 2018 PG Elijah Weaver and Huntington Prep’s Keyshawn Bryant offensively were effective.  However, coming out for the 2nd half OSC didn’t perform well and that helped give momentum to Huntington Prep.  The lack of communication defensively by OCS gave opportunities for big plays from high recruit Keldon Johnson(8 pts) and Elias King ( 9 pts).  This seem to make it easy to open up transition plays that benefited athletic Keyshawn Bryant who finished with 20 pts.  PG Elijah Weaver of OCS finished with 18 pts and HP got 17 pts and good play from PG Rasir Bolton. Afterwards, OCS Coach John Bianchi said ” I think we have played such a tough schedule and grown because of it. Overall the improvement is there and all of these top team are going to prepare us for the state tournament. Every kid has improved and the goal remains 2017 state champs for the first time in school history“ 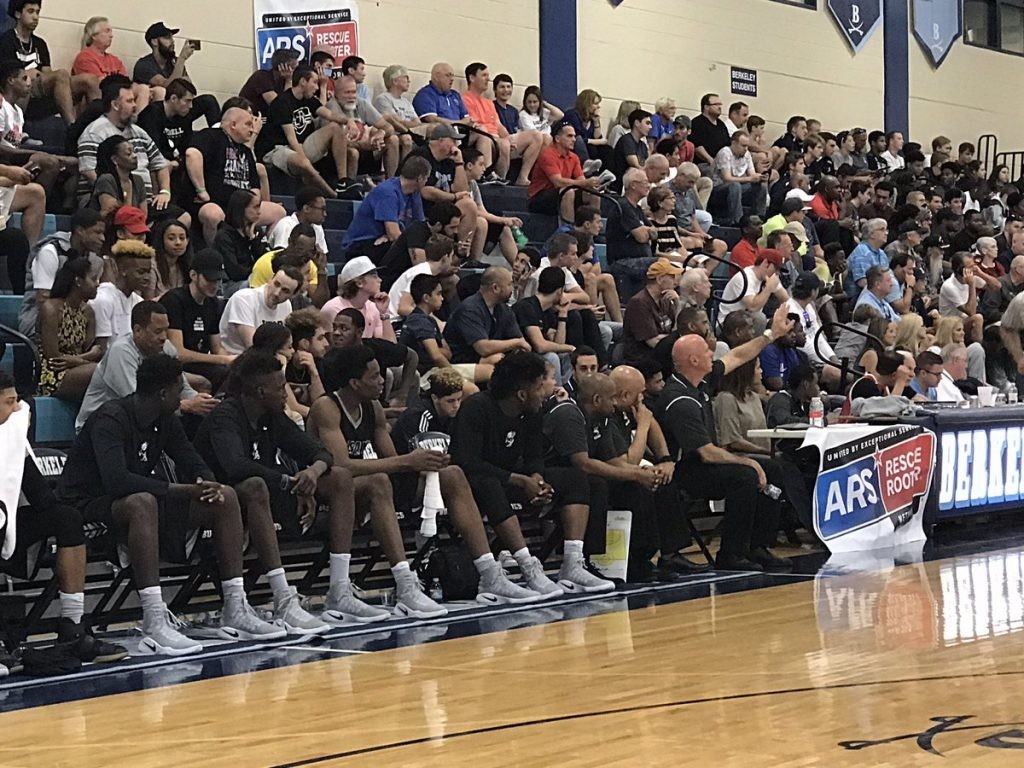 West Oaks 83, Tampa Catholic 74: ESPN 7th ranked 2017 Kevin Knox of Tampa Catholic showed his dominance throughout the game.  However, West Oaks was too much to handle and there perimeter play was a significant part even with the absence of New Mexico St. commit LJ Figueroa.  Ray Barnes(21 pts), Robert Thomas(10 pts), Paul Person(17pts) and Sylvain Francisco(17 pts) were hard to handle on both sides of the ball, that deemed too much for TC.   After the half, West Oaks, who lead 40-32, picked up defensive pressure and played more aggressive on Knox putting Tampa Catholic in a frenzy to find offense from others.  Tampa Catholic’s Kevin Knox finished with 36 pts and Messiah Turner added 12 pts.  We saw a few solid plays from 2018 PG Tai Strickland who added 7 pts and 2020 F Alijah Harrison with 9 pts.  After speaking with assistant Coach Alex Arias, he seemed motivated “I believe our outlook on this season is the same outlook we have every night. Which is to win every time we step on the court. I believe our approach has remained consistent through out the season thus far. Our players have bought into our staffs philosophy. Starting on the defensive end first and then using our speed on both ends to create opportunities and sharing the ball. I think so far it’s been working and our players play with so much energy. We have great athletes who give the fans their money’s worth. We are energized and intend to finish out strong as a staff this season.”   West Oaks has been ranked in two National top 10s this season (Fab 50 and Max Preps Independents).

Huntington Prep 68, Victory Rock 62: At a glance we saw two good teams go at it!  Victory Rock controlled the first half and lead 37-25 with Victory Rock’s Safir Daow being aggressive with 16 pts.  Victory Rocks length was an issue in the beginning for Keyshawn Bryant who only had 10 pts for the game.  Victory Rock’s 2018 Jonathan Dos Anjos and 2017 VCU commit Mayan Kiir both ended with 11 pts respectfully and Madut Akec who had 12 pts with 10 pts coming in the 1st half.  In the second half HP’s Keldon Johnson(20 pts) and Chase Johnson(12 pts) picked up offensively and found a rhythm.  HP’s defense took control forcing VR to make bad team shots, and held Daow to 6 pts in the 2nd half.  Huntington Prep’s Coach Arkell Bruce mentioned “We Started off selfish and flat. 2nd half showed more toughness and togetherness and we were able to pull it out. The rest of the year we wanna concentrate on being a better team and not just a bunch of really good individuals.” 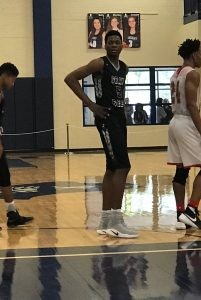 Oak Hill (VA) 81, St. Petersburg 59: We got to see a performance by 2018 G Serrell Smith of St. Petersburg who put in 39 pts but it wasn’t enough to hold off Kansas commit Billy Preston who had 20 pts and University of Texas commit PG Matt Coleman with 18 pts.  St. Pete was in the game but it was difficult not having top player Darius Banks in the line up.  Oak Hill was up at the half 35-29 because of the efforts St. Pete’s Serrel Smith and 17 pts from 2017 Richmond commit AJ Ford (5 pts in the 2nd half).  However, Creighton commit Ty-Shon Alexander (10 pts) and Iowa State commit Lindell Wigginton (10 pts) stepped up and gave separation in the 4th quarter. 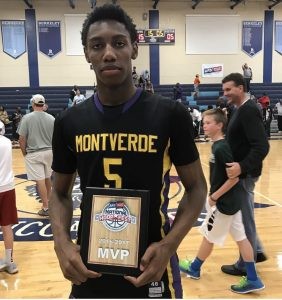 Montverde Academy 94, Tampa Catholic 59:  Montverde was able to show depth and talent against TC.  The 1st half score was 43-30 with TC in striking distance but when the 2nd half started RJ Barrett went off and finished with 32 pts with 18 in the 2nd half.  2017 F Sandro Mamukelashvili and F Sean Mobley were very effective on the offensive boards and finishing around the rim.  Again there wasn’t enough scoring available from TC to put pressure on Montverde.   Top recruit Kevin Knox ended with 27 pts.