4a District 4 which will display big names like Tampa Prep and Seffner Christian and give some good looks of upcoming programs like Cambrige Christian.  Seffner Christian who had a chance to win the District title last season and makes a clear stance to be the head runner again. With new team additions and transfers, this is a completely different district.  Look for some great individual talents to standout.  This will be another interesting district. 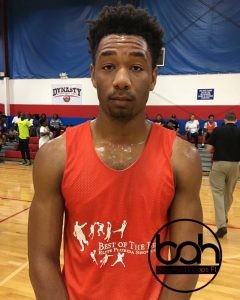 Amari Goulbourne – the 2017 PG is a tough player that will give it his all every night.  He will be the key to the Terrapins success because he will have to be a true general this year and put those pieces together.  He averaged 7.6pts 5.9 ast, 4.5 rebs and 3.3 steals per contest last year.

Tre Sibert (x-factor) – a 6’4″ 2018 F who averaged 10pts as sophomore will have to be aggressive on the boards and do all the little things in the paint.  Sibert will have to be a double double guy, he will be a huge factor!

Jaren Phillips- Is an emerging talent to become a D1 prospect.   Phillips ability to get to the basket is impressive, he uses size and strength to beat up opposing defenders.  He averaged 12pts and 5rebs last season and that will increase.  Look for Phillips to be a 20 plus scorer this season.

Seffner Christian – finished 2015-2016 20-9 overall, 8-0 in District play. Coach Sam Moorer and the Crusaders will be defending their district title this year with a returning roaster that’s pretty good.  With so many weapons this year plus a few transfers, it will be hard not to have them as a favorite to win again. Look for standout forward and Citadel commit Derek Webster to produce.  Seffner’s will need the core of Reid Walker, Christian Noskey and Darius Lue to pull out this district.

Derek Webster – a 6’5″ 2017 F, averaged 12pts and 6.7 rebounds per game last season.  His role will be similar but i think is impact to the game will be more visual from a leader stand point.  Webster as been working over the summer and it will show this season.

Donald Jordan(x-factor) – the 6’4″ F is a stat filler and will be the factor for the crusaders.

Darius Lue – the 2017 PG has to be consistent running the offense this year, he can give the team more options offensively.

Christian Noskey(x-factor) – the 6’6″ SF made some noise last season and averaged 8pts and 5 rebs being extra option. 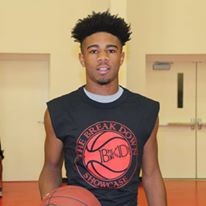 DJ Mercer– the 6’0″ 2018 G averaged 10 ppg and will find ways to be a threat on the floor.  He’s getting comfortable becoming a PG and starting to add on to his game.  A good outside shooter and wants to face all top competition.  Look for him to make a statement this year.

Cross Meehan– the 2017 G can shoot the long ball and be a factor in games.

Jeremiah Zio – another player that will give an edge to the Blue Jackets in the front court.  The 6’7″ F averaged 11 ppg and 7.3 rebs.

Paxton Wlison – a 2017 SG that’s one of the biggest threats from outside the arc in the area, he averaged 16.3 ppg last season.  Wilson as bulked up and looks ready to play.

Eddie Williams (x-factor) – the 2017 G/F can be a game changer! The Chargers will need his size and ability to play off the dribble to get to the basket.  Williams averaged 12.4 ppg and 6.6 rebs.