In 2016-2017, this district will be a tough one for the eventual champion. It features a few of Hillsborough County’s best 2017, 2018, and 2019 players. Last year’s champion Bloomingdale returns 9 players and will be looking to repeat as champion but every other team has gotten better and is sure to put up a fight.  Some very exciting basketball games will be played in the this District and you should pay attention for the next few years.

1. Bloomingdale Bulls – finished 2015-2016 20-6 overall, 11-2 in District play.  Head Coach Joe Willis will have high expectations after winning the district title. The Bulls are a hard nose, screen setting, jump shooting team. They are a fundamentally sound team that shoots the 3 very well and play stern team defense.  Senior G Drew Bethoney will be the focus for this team but the lose of PG Derek Thompson could be key to the Bulls success. 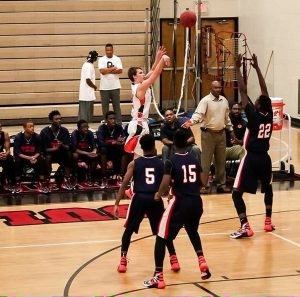 Trent Wienert – a 2017 6’5″ F who averaged 7.1pts and 4.4rebs per game. Trent does all the dirty work, he bangs for boards, hits the floor for loose balls and also stretches the defense with his outside shooting. He shot 39% from 3pt land.

2. East Bay Indians – finished 2015-2016 13-13 overall, 9-3 in District play. Coach Dale Chambers’s team was very young but competed hard and played together. This team is selfless; it had no player to average double figure points.  With the loss of young PG Jose Romero (transferred to Oldsmar Christian), the Indians have a lot of work to do.  This will be a tough year so we will see who will be that standout at East Bay.

3. Tampa Bay Tech Titans – finished 2015-2016 14-9 overall, 8-5 in District play. Last season’s district tournament runner-up loss only 2 players due to graduation and is looking to pick up where they left off. Coach Adrian Johnson’s team is very quick and athletic, they run and space the floor well but lack adequate shooting to stretch defenses. To build on last season late run, the shooting has to improve.  Look for 2018 SF transfer Tyrese Williams to bring extra scoring to make this team tough.  This team is also young and ready to win. 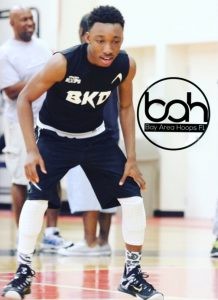 Tyrick Brascom – at 5’10″, the Jr. PG Brascom is very quick, he gets to the basket with ease. He looks to push the ball and get others involved but has to improve his jumper.

Gabriel Johnson (x-factor)– at 6’6″ he will be the difference maker in this district.  Plays the 4 0r 5, rebounds and contest shots.

4. Plant City Raiders – finished 2015-2016 11-15 overall, 8-6 in District play. In Coach Billy Teeden’s 1st season, the Raiders improved by 9 wins. Changing the culture by instilling discipline and holding each player accountable have these guys hungry and eager to unseat last year’s champion in the district. With a high flyer in Tyrick McKelphin, they will be exciting to watch.  Raiders bench play will be a factor. 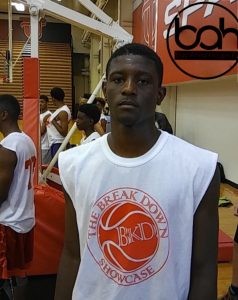 Tyrik McKelphin – the 6’4″ Sr. SG is very athletic and a lane slashing highlight reel! Tyrik averaged 16.2pts and 6.2 rebounds last year. He runs the floor well and has developed a nice mid range jumper. He has interest from Clayton State and VMI.

Matt Simpson – a 2018 6’0″ PG with a pass first mind set and controls the game on both ends. He has a high IQ and great vision.

Justyn King (x-factor) – the 2019 6’7″ SF is a solid rebounder and averaged 9 a game a year ago. He defends well, and finishes above the rim. He has interest from NAU, G.A. Southern, and UNF.

5. Durant Cougars – finished 2015-2016 8-12 overall, 4-9 in District play. The Cougars loss of 9 seniors leaves Coach Nate Francis in a bit of a rebuilding stage. This team has a lot of unknowns and will be unpredictable will all the new faces that will be featured. They have 1 key returner in Tyler White and he will look to lead the charge.  Team chemistry will be evident in the first few games.  Also hearing of a new transfer from Jacksonville that may give White some help. 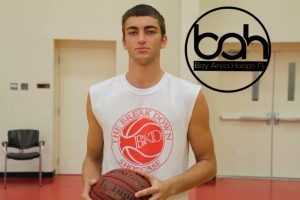 Tyler White – a 6’2″ 2017 G who is a pure shooter and he isn’t shy about letting it fly. In 18 games last season, he led this district in scoring at 21.8pts per game. He shot 197 3pt fga and made 41% of them. His range is unlimited and his quickness will be evident. He has interest from UNCG and Western Carolina.

6. Strawberry Crest Chargers – finished 2015-2016 4-18 overall, 3-10 in District play. Coach Andre Lewis loss 5 seniors but he started 3, but at times 4 freshmen played for most of the year. The growth and maturity of these now sophomores will be vital to this team’s success. The 4 guys will lean heavily on lone senior Jordan White for his leadership to return to the schools winning ways.  Look for 6’5″ transfer Brandon Hill to make a impact.  This team can make some noise at anytime. 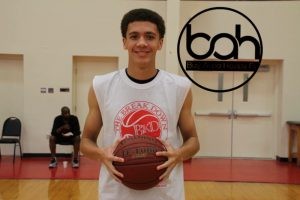 Jordan White – a 6’3″ 2017 G. White is a high IQ player who has evolved from a shooter to a well rounded player. He has deep range and averaged 16pts and 5.5 rebounds per game. He’s garnering interest from Eckerd and Lafayette.

Romaire Burke (x-factor) – 6’0″ 2019 G Burke has solid handles, a killer mid range and will give the chargers options offensively.

Jadyn Strawder (x-factor)– 6’5″ 2019 SF Strawder is a shooter who will stretch the defense and is very active on the glass.

Austin White (x-factor)– 6’4″ 2019 PF White is a stretch 4 who will extend the defense and a tough nose defender on the block.

7. Lennard Longhorns – finished 2015-2016 4-18 overall, 2-10 in District play. Last season this team never really got off the ground but this season they are under new leadership. Coach Allie Turley will have his work cut out for him but he has some talented youth to work with. 2018 SG Ricardo Clouden will have to be consistent each night.  The longhorns will look to establish themselves in a very competitive district filled with youth. 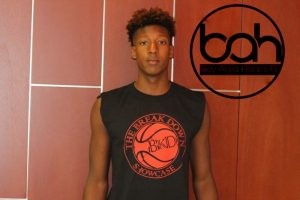