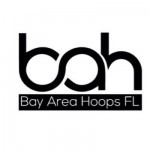 Jefferson HS controlled the district last year but they are rebuilding in another district. Armwood was last year’s district runner up and the Hawks are now in a position to be a favorite.  They have tenacious full court defense and some very good key players such as: Jonah Johnson, Chris Jones and Shomari King. It will be an interesting fight between Brandon and Armwood but I’m predicting that Armwood will win. Coach Ward at Hillsborough is hoping to get some good play from Dexter Stallworth and Bryce Morange.  Chamberlain and Coach Schneider have a true sleeper in Myikel Wilson who will be a foundation to their program.

Prediction: Seffner Christian finished the regular season with a 18-11 record overall and a 4-4 district record.  The Crusaders who have been playing second to powerhouse Tampa Prep in past years have a great chance in taking the district this year.   Last season, Tampa Prep dominated this district but with injuries to UConn commit Juwan Durham and the departure of Brooks Debartolo, the crusaders are a favorite.  The Terrapins have a stud at the PG in Tyson Ward and some sleeper players but will they get enough from them to continue to control this district.  Cambridge Christian who won 2A district 7 last year has some young PG’s in Young and Jackson plus big guy Richard Gouraige (all-american football player) that will cause some problems to Tampa prep and Seffner Christian.  But look for emerging Crusader players Derek Webster, Darius Lue, Reid Walker and X-factor Donald Jordan to produce and help Seffner win this district.

Bethoney should be able to spread the floor out with his shooting abilities and Weinhert has improved athletically that will help the Bulls win some games.

All games in this district are factors!

This district will be fun to watch. Teams such as Strawberry Crest , East bay and Tampa bay Tech has lost impact players and are looking to develop young players to make a push. Look out for Crest and its freshman class of Romaire Burke, Jadyn Strawder, Jalen Brown and Austin White. Plus East bay has a young player in Jose Romero thats will contribute. Lennard takes a blow losing Coach Gaddis plus Durant and Bloomingdale needs a turn around seasons but are equipped with players to compete. TBT is still filling in voided areas this year.  You’ll see plays made by Tyrick Brascom, Tykeal Nelson and Javon Dilsworth.  They will need some input from big fella Rashad Austin. The most interesting team and the team expected to win will be Plant City. Since bringing over former Coach Teeden of East Bay who is a proving winner and along with the impact players he has now they should have the edge to win.

This is the most competitive district in the county.  It’s loaded with impact players and teams geared to be district champions.  Freedom is back to back winners but will be threatened by Sickles.  Look for Jr. F Bryce Beamer of Sickles.  Keep an eye on Freedom’s 6’6” F Alex Oguinn who transferred from TX.  The dark horse contenders are Gaither and Wharton HS.  It’s unfortunate that Leto comes into this district this year because they have improved so much behind the play of David Jones and depending on their new acquisitions will they have enough to be legit contenders.  Steinbrenner will miss Jack Frank but hopefully the new pieces will be a factor.  Wharton has some players that will contribute 2018 DJ Henderson and 2016 Josiah Crawford.  Plant’s new transfer Dylan Wilson will be interesting to watch and Herbie Ramos should be effective.  Look for Freedom to win this district again behind the play of  but it will be close.

This district is usually headed by Jesuit. But this year Jesuit is not as strong because of the loss of graduating impact seniors who made up the bulk of their scoring.  The bench and x-factor players such as DJ Snyder will help Jesuit.  Middleton always seems to keep some athletes but coaching changes could be a factor.  Look for Spoto to be better and with up and coming SF Tyrese Williams and C Avery Diggs they can be competitive.  Jefferson behind Coach Hayes will be rebuilding but he will get some help from SF Cam Padget.  Look for Coach Goldman and the Jesuit Tigers to continue to win this district.

Newsome is not as strong as they were last year when they won this district but the coaching (Coach Barry Jacobs) is the same and they will be solid.  Isayah Franklin and Nick Stuck both have improved and look for those two to be major factors this year.  Joe Stone’s growth and understanding his capabilities to lead his team will determine how far Riverview HS will go.  Riverview (Sarasota) won last year but with mostly senior play. New addition in 2017 6’4″ G Brion Whitley will be an impact.  Alonso has some young players and may not have enough fire power to contend with Newsome and Riverview.  But they do have a rising player in 2019 PG Christian DeLeon.  I’m leaning towards the new comer to the district Newsome to win.

This district is always interesting and with Brooks DeBartolo coming over it should be real close.  X-factors Ty Forman, Johnnyn Lampkin, Jonathan Simmons and Brandon Hale of Brooks DeBartolo can do what’s needed to give Brooks a chance.  Berkeley Prep’s front court is stout.  With Jacob Mathis, Kaleeyl Findlay and Nick Petit-Frere they will control the glass.  Look for 2019 G Casey Constant to be a factor.  But i think its Tampa Catholic’s year to win.