Tampa has been making strides and continues to development of their basketball players.  The Breakdown Showcase has been consistent in their ability to push, promote and in players exposure to  scouts and college coaches.  This year the showcase displayed players that were willing to come out compete and be GREAT!  Tampa Bay and surrounding area basketball is coming along with a vengeance.

On August 30, 2015 at the University of Tampa, Bay Area Hoops and Big County Preps placed talented players in a gym, closed the doors and set a stage for some high level performances.  With  video coverage from Uncle Drew Production, great intruction and tons of scouting services, the Breakdown Showcase has proven to be a premier stop in the state.  The talent was there and this report will consist of 2 segments, here is 1 of 2.

This was a coming out day for Jerome Merritt!  Hands down was the most impressive player in the building.  This was my first viewing of Merritt and it will not be my last.   At 6’5”, Merritt was able to show athleticism, dominance and a soft touch mid-range shot.  Once, Merritt develops his long range shot and become consistent threat off the dribble, he will be a problem! 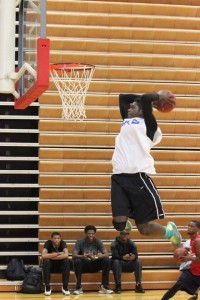 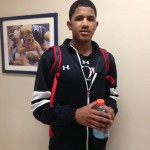 This is my third viewing of LJ and he has impressed me each and every time.  He thrives to be competitive and makes himself a factor on the court.  Figueroa is a player who just has a passion for the game, an unknown quality to some but he has it naturally.  He runs like a deer, can create off the dribble and doesn’t mind the aggressive play.    LJ looks to have grown a few inches and the length shows when he drives to the lane for finishes.   Definitely a high major player. 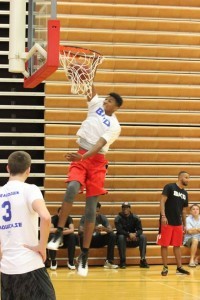 Jones is making waves in the State of Florida.  Jones demonstrates a bounce in his athleticism.  A true scoring PG with the abilities to score in bunches.  This guy will make a D1 program really successful.  Jones is creative off the dribble, will attack at any giving moment and has a first step that’s impressive.  He can finish with either hand at the basket with force. 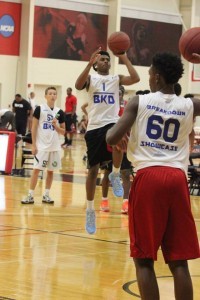 Speed Kills!  This PG processes the intangibles to help teams create on both ends of the floor.  Fields returned to the Breakdown Showcase and put a mark on it.  He’s quick and makes good decisions plus gives other players good opportunities. You have to respect his speed so defenders dropped off which opened up his jump shot. 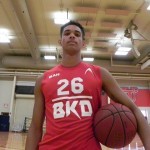 Cohen had a solid day.  Was productive, made plays, was aggressive in transition and has started to look like a true general.  He displayed his discipline at the PG position.  Standing at 6’3”, Cohen was a hard guard for smaller Guards when matched up in man to man. Marcus shoots the ball well from short distances and will not force the issue he plays within the offense. 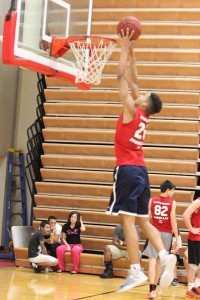 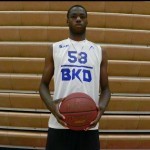 A high octane, energy player.  Can change the game at any time.  Very good in transition and with his knack to finish he will always run in transition.   I’d like to see more of the pull up jump shot but he was aggressive going to the rim off 1 or 2 dribbles.  Niko is a premier prospect and his interest has increased this past year with numerous D1 programs. 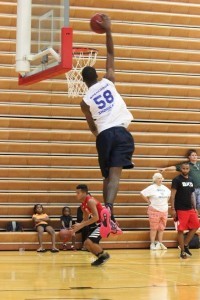 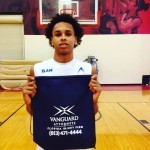 Joslyn can play either the 1 or 2 position.  He displayed his versatility by dishing out numerous assist especially to fellow teammate Jerome Merritt.  Joslyn was active in offensive sets, Moves well off screens and attacked the paint. He can bring energy to any team. 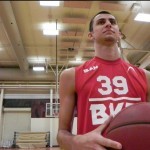 Hughes has been working and returned to the Breakdown Showcase with a polished skill set and made a better effort to score the ball.  My most improved player. 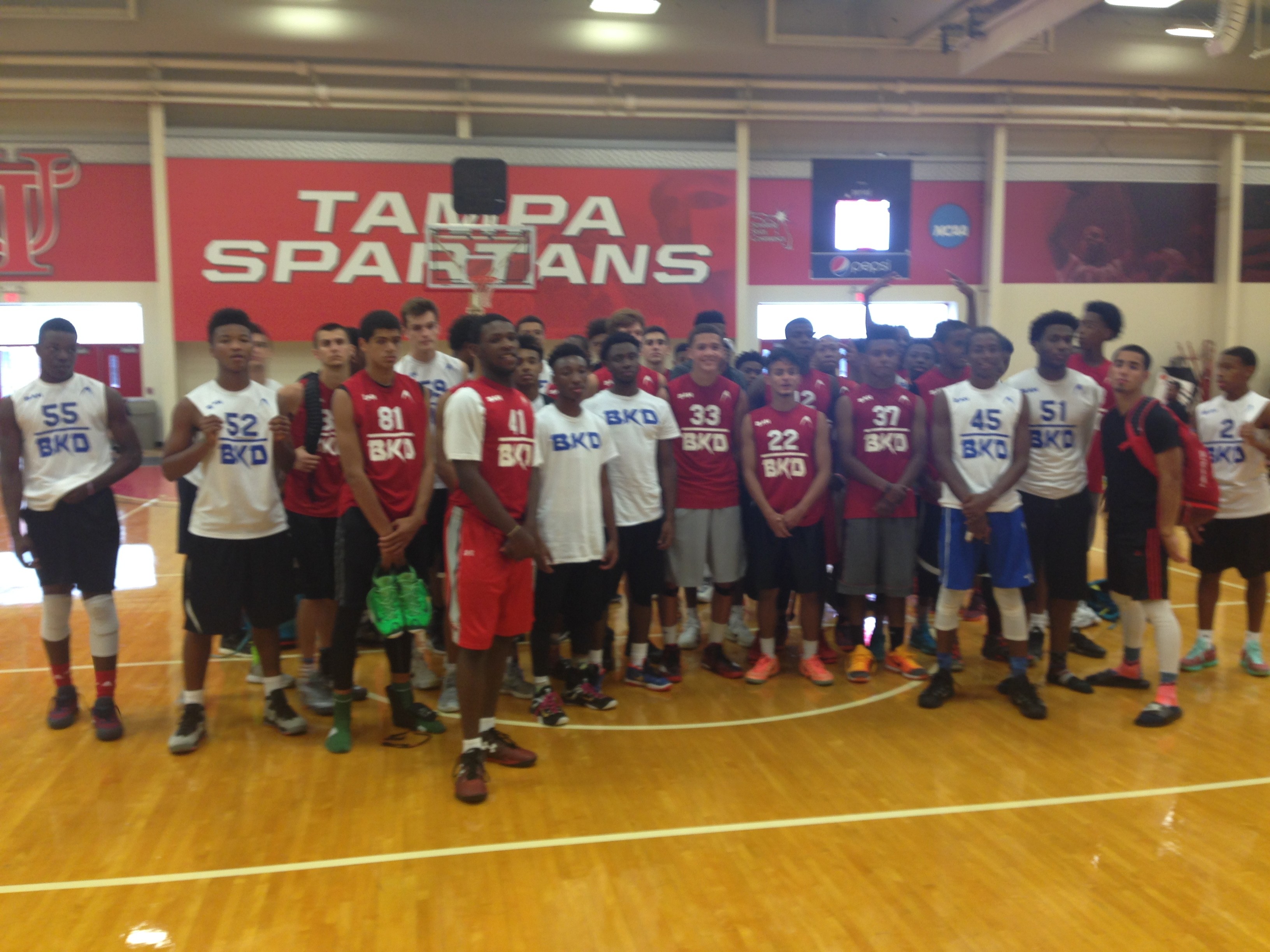 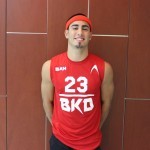 An aggressive PG that loves to compete. Has a winning attitude, uses a mixture of quickness and speed to keep defenders guessing. 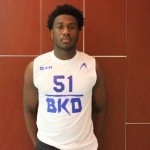 He’s a special player! Weaver is very deceptive, can move well for his size and finishes at the basket in various forms. 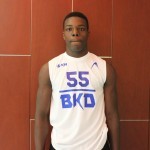 STRONG! Bryant can play above the rim or bang with anyone under it.  A player to watch.

Will be a steal for a college program.  High IQ for the game, brings a scoring package to any offense.

Smith’s size and instinct to score will cause problems to any defender.  Can get to any spot on the floor with his strength.

Webster looks great! Physically one of the best performers in the gym.  His jump shot from 10 ft has improved and creating of the dribble from 20 ft was impressive. 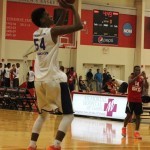 Very skilled player when he wants to be.  He showed good things off the pick and role, used his length to finish over smaller defenders. 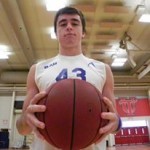 Very underrated at the PG position.  Showed some good qualities when put in position to produce and make decisions. 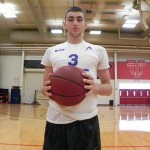 Uses his dribble to be effective.  Shoots the ball well from long distances but White needs to stay in attack mode. He will be on some college radar soon. 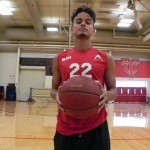 Can get to places on the court at a fast pace.  A threat off the dribble and has the vision to see teammates in traffic. 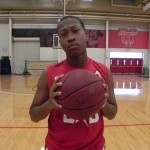 Really has been working since our last viewing.  Aggressive and competitive.  Attacked the rim and shot the ball fairly well.  My come back player.

Has put on some size and has become a hard person to defend.  Plays with both hands offensively, has a high IQ of the game and he is still developing.

Quietly made plays throughout the day.  He put the defense on their heels and made plays defensively. 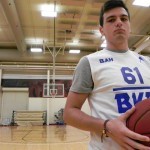 A two way player. Can give a boost to your offense & cause problems for opponents on defense.

He is starting to mature as a player.  White is looking to score more then usual.  He has added on to his offensive game.