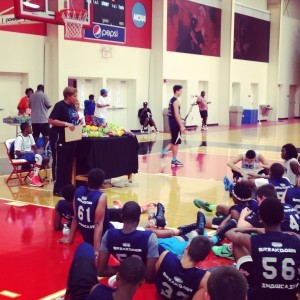 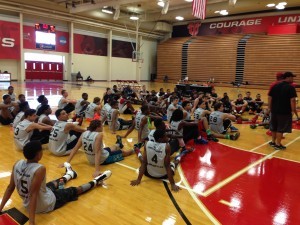 Watching players over the years come and give a tremendous efforts at this event has been priceless.  We find stand-outs, good performers, hard workers and improved players every year.

Here were the Top Players(no order): 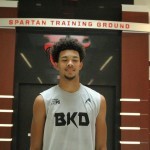 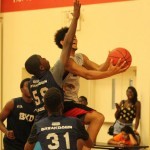 2016 6’5” SF John Mason of Avon Park Strong frame, showed ability to get around defenders on the perimeter.  A quiet but deadly player if provoked; he made plays when needed.  Can be an impact player at the right College.  Mason can hit the long ball consistently. 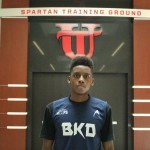 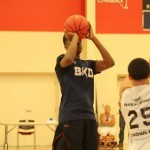 One of the most talents players in the Showcase was 2015 6’1” PG Isaiah Channer of Strawberry Crest.  This guy can lead the Hillsborough County in steals and points if he chooses too.  Quick hand and foot speed.  Plays both ends of the floor.  Channer is a volume shooter and needs to consider being more disciplined in his shot selection. 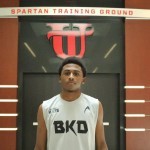 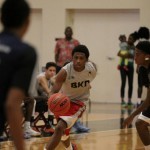 2016 6’0” PG David Jones of Leto HS was very efficent throughout the day.  This was the second time watching Jones play and I’m still impressed!  Explosive and creative off the dribble.  Jones is very coachable.  Created seperation with his dribble and was able to put people in position to score.  Jones is a “Diamond in the Rough” and will be a good college player. 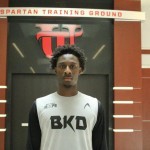 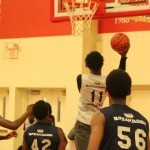 2015 6’3” CG Dontez Hardy of Midleton HS is a athlete! Hardy showed he was able to play above the rim. He runs the floor very well and can be excellent in transition. Would like to see Hardy work on shot selection and being aggressive at all times. Hardy can produce in bunches.  His mid range shot was solid plus he can change a game at anytime. 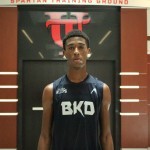 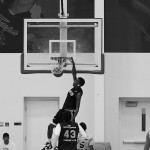 2015 6’3” PG Stefan Kitchen of Brooks-DeBartolo was the most exciting prospect on Sunday.  A slinky, long and energetic kid.  Kitchen uses multiple separation moves to free up his jump shot and can easily blow pass a defender if you play him to close.  Elevated and finished at the rim numerous times.  Kitchen still has room in his game; he could be a bit more patient. Can’t wait to see him this season!

Making plays and changing the game was 2015 6’5” SF RJ Palmer of Wharton HS.  Displayed lots of athleticism, finished around the rim, blocked and change shots too. Palmer was quiet at first but when he warmed up and ran the floor good things happened.  He was able to defended multiple positions plus he could create his own shot.  Working on his pull-up jumper can help his offensive game. 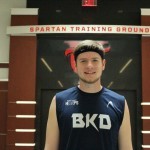 One off my most improved players would be 2015 6’8” C Dante DiSipio of McKeel Academy he has improved on his foot work, jump shot and post presence.  DiSipio as proven to be a hard worker.  Aggressively used his big frame in the post , finished in the paint and demanded the ball.  Good things happen to good kids. 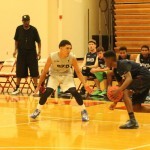 2016 6’1” CG Johnny Lampkin of Brooks De-Bartolo stayed aggressive the whole event.  Mid-range was effective and shot selection was great.  Johnny stayed competitive and with his solid frame he was able to defended the ball well.  Way to work! 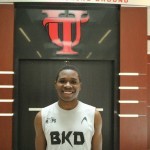 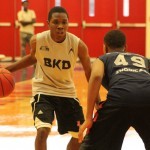 2015 5’7” PG KaJuan Jones of Brooks-Debartolo was the last of the trio of Brooks boys to perform well.  Lighting quick, sound ball handling skills and looked to make the extra pass.  Would like him to be more demanding of his teammates by making them accountable and work on his long range jumper. 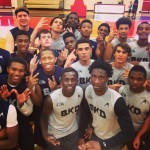 Throughout the event we also saw athletes who were impressive and made improvements from their last viewing.  Here who we liked: