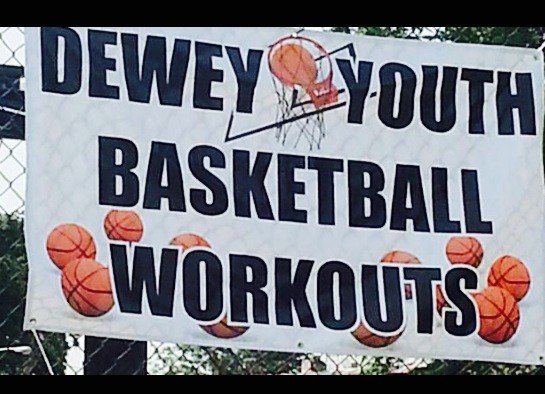 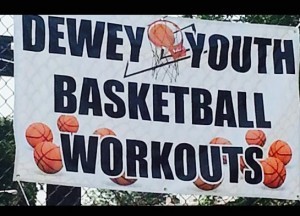 Bay Area Hoops is always looking for that next student-Athlete to catch our eye.  Since attending the Dewey Youth Summer Basketball Workouts in Buffalo, NY it has shown the ability to give kids more development with basketball skills and fundamentals.  In just its 3rd year, Elijah “Dean” Scott has put together a camp that has proving to be one of the best in Buffalo by putting Coaches, Trainers and Mentors with kids that were willing to learn or expand their Basketball game.  A mixture of talent levels made up the camp.  The camp also featured a mix of workouts, player development and camp game play.

When asked what do you like about the direction basketball is going in?  Dean mentioned “Well in my opinion it was terrible…but with the next crop of players from the 5th-9th grade. ..we’ll be in excellent shape.  I think the sky is the limit. …all my former players want to help in all kinds of ways. ….parents are even asking about a fall workout session!”

Scott was very sincere with is responses about his community and the you youth. “Well, some people may or may not know that Dewey Youth is actually a new name for Dewey Street basketball.  We’re hopefully getting the next Antoine Sims, Shawn Cunningham or Nigiel Bostic from our area.  The community as we all know has become ravaged by poverty, just look at our once popular central park plaza, AN EMPTY LOT NOW!  Well, hopefully these free workouts/clinics and cookouts will be the start of some sort of unity to bring our neighborhood up and strong again (yes I live in the suburbs but will never stray to far from my DEWEY STREET NEIGHBORHOOD!” 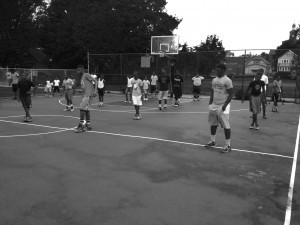 Being a native of Buffalo, NY you can see the direction of basketball in the years to come just from attending these Workouts.  I appreciated the chance to help and be apart of something GREAT!  as well.  Scott added that “So many kids with so little time. ..I give half of them nick names to keep some fun in the camp……after all they know that im gonna be screaming and highly critical of them so you have to let them laugh and be who and what they are…YOUTH…DEWEY YOUTH THAT IS!”

Because the support that’s giving from the Dewey residence is remarkable.  From the cleaning of the park down to the buying of water gave it a feel of a “Family Atmosphere” or the hope that people do care!  There was a tremendous amount of dedication and effort that was giving by local Basketball Standouts such as Phil Jones, Mark Price and Antwain “Burn” Sims.   Anthony Stevens, Shakes and Michael McMillon kept the level of intensity high for the kids.   The presence alone of Nigiel Bostic showed the kids how to be accountable and work hard.  Buffalo’s (Dewey) own, former NBA player Trevor Ruffin stopped by to give advice on dedication and sacrifices that is needed to become an elite player.  Also thanks to another area basketball great Modie Cox who came out to give some special words of encouragement.  Cox is also the Founder and President of Winning Because I Tried Youth Mentoring Program.

Dean along with Demetrice Thompson and Troy Fossett gave a huge Reunion Cookout to end the camp.   This year event felt so much different, maybe because of the family and friends that came out to support and show their presence.  Food, Music and Family was the only thing needed to make this annual event authentic.  Also, many awards was giving out to past and present players of that Basketball Community.  Special thanks to DJ Pep Skillon (Dewey Basketball Great) 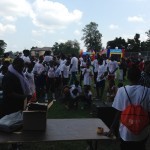 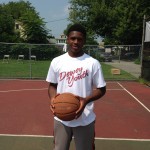 Scott maybe the best talent in the class of 2019 coming out of Buffalo, NY.  He has great size for is age, huge hands and a eye for the basket.  Finishes with both hands and AGGRESSIVE!  High ceilings for this young man.

Reinard Burke    2016    6’0″  PG:  Effort is not a problem Burke!  He as shown great strides in his development.  Improved ball handler and shows an IQ for the game.  Great court vision!

Romaire Burke   2019  5’8″  SG:  As so much Potential!  He’s skill set is remarkable.  Needs to stay confident in his game and work hard on his body.  Burke will be a Great player!

Ben Lekeuneu    2019   5’8″  SG:  Ben was an all around player.  Played both ends of the court and made others better.  A stocky guard that will give his body up for the success of his team.  A true definition of a teammate!!