Bay Area Hoops/BCP Backboard Breakdown Showcase this past Saturday was able give some student-athletes the opportunity to show their talents.  Trying to develop fundamentals in young athletes is a challenge of its own.  However, we have witnessed some athletes who are willing to get better at there skill.  Hillsborough County All-stars such as CJ McGill, Sir Patrick Reynolds, Devin Diggs, Drew Vanderbrook, Reggie Hart, Trent Robertson, Kyle White and Marcus Hill where some of the few who came to stamp themselves as dominant players in the area.

Reggie Hart of Chamberlain HS (Player of the Year for Bay Area Hoops/BCP and the leading scorer for the county) had a superb day with his ability to finish at the basket.   CJ McGill of Wharton HS was able to show his quickness, vision and also displayed other tools to his game to on looking coaches.  Devin Diggs of Strawberry Crest HS was explosive as normal trying to dunk everything around the rim.  Trent Robertson of Durant proved he’s one of top Point Guards in the area by exploiting defenses and knocking down open shots.  Kyle White of Durant HS and Marcus Hill of Armwood HS both showcased their mid-range game.  Showcase new comer, Drew Vanderbrook of Wharton HS really destroyed the rims during drill work and at 6’8” was able to stroke the ball from deep in the 5 0n 5 games.  Sir Patrick Reynolds of Wharton good SG that can score in bunches.  Malik Channer of Strawberry Crest (who was unable to attend last years event) is a very deceptive player with the ball.  His ball handling was good and basketball IQ is high.

Here are some participants that we got a chance to see that were under the radar;

Morgan Drummond of Riverview HS – A Senior PG with a strong physical presence who can defend the perimeter and play both ends of the court.

Isaiah Channer of Strawberry Crest HS – A Sophomore PG with abilities that will be enhanced by his Jr. year.  Great ball handler!

Malik Hall of Academy at the Lakes – Sophomore PG that’s very quick and can hit the long jump shot.   He will be a hand full next year….Watch out for him!!!

Young guys with bright futures that come to compete: 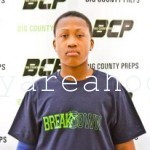 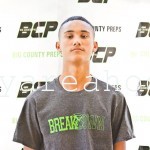 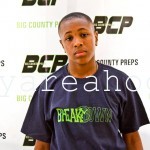