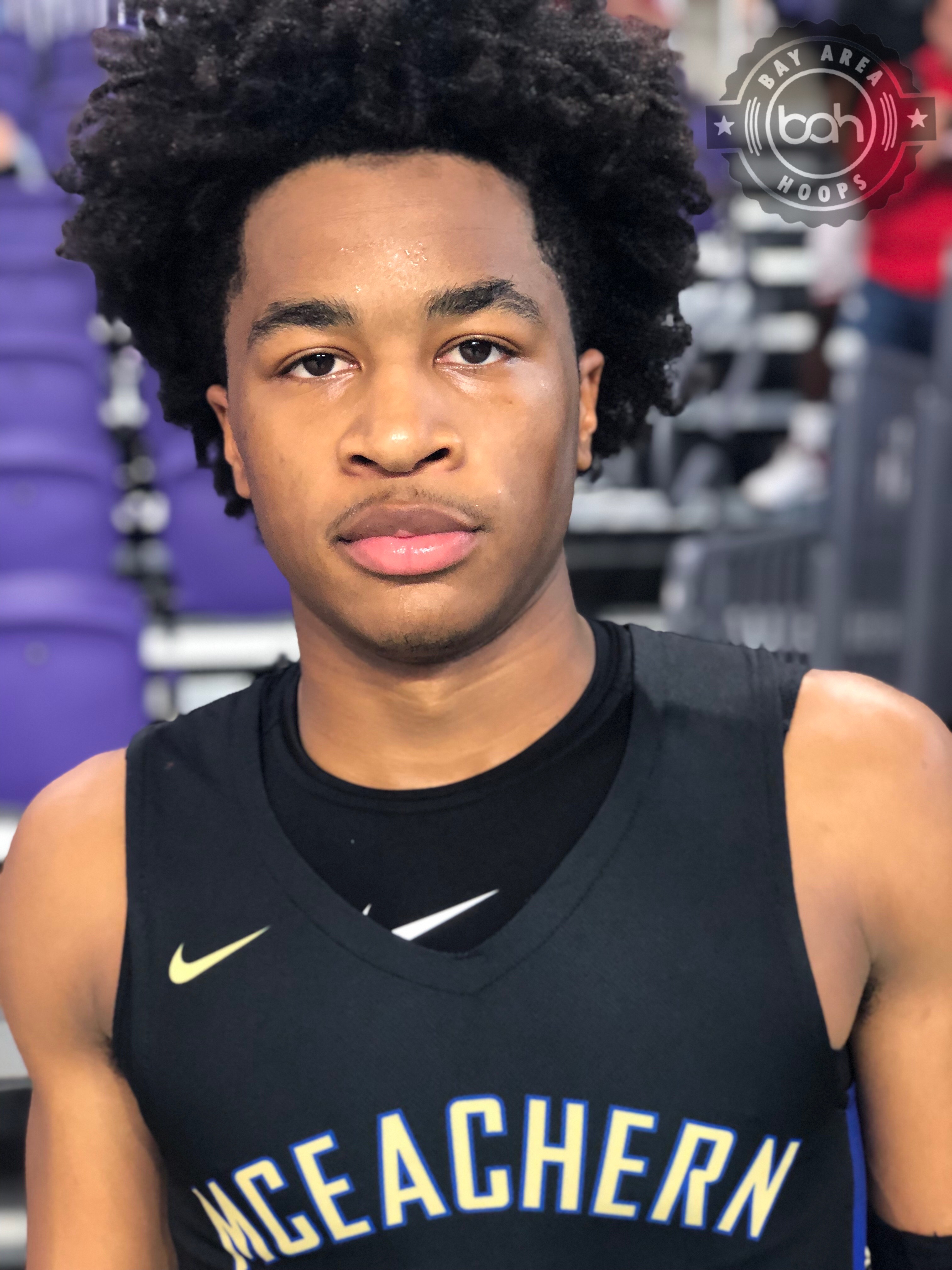 Fort Myers, Fl – The 47th City of Palms Classic played at the Suncoast Credit Union Arena brought out some of the best national known players at one of the top high school events in the country.  Five star PG,  Sharife Cooper of McEachern HS (#19th overall ESPN rankings) was by far the most impressive floor generals we were able to watch. After witnessing his matchup with talented Virginia committ Reece Beekman, I completely convinced of his talents and abilities to increase his level of play against top peers.

The City of Palms MVP a year ago, put in 27 points, grabbed 5 rebounds and 3 blocks on the way to a 48-46 win over Scotlandville Magnet HS (LA).  The 6’0” Auburn commit was able to switch it up by being a floor general looking to make others better or a scorer creating his own opportunities.

Cooper capabilities to see the court, make impact plays and immediately change the outcomes of games sets him apart from the rest of his peers.  He also has the tenacity to out play or out smart others which increases his level of play.

Coach Mike Thompson and his team placed 4th in the 47th City of Palms Classic.

Check some highlights below