Bradenton, FL – The 7th annual Best of the Best Elite Florida Showcase at IMG Academy provided an opportunity for middle school players to display their skills and growth in front of National and State Scouts plus Media outlets.  Coach Marcus McGee,  packed IMG Academy with over 250+ kids with the anticipation to start a exposer trail for themselves.

It’s exciting to watch the skill in young talent continue to develop and grow. There were some familiar and unfamiliar faces who showed us something that commanded our attention.  We must remember watching growth of youth talent at this stage it’s hard to judge, so you really have to look at their growth in size, development and skill sets.  Here are a few we noticed. 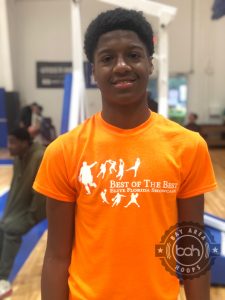 2025 6’4” F Jamier Joners of Lincoln MS – There’s so much to like with Joners, who is becoming an very productive player that continues to get better. He’s long, strong, and an intriguing athlete for his size. Improvement in his ball handling and shooting should be noted however, his aggression in transition makes him a threat in the open floor.  He has so much room to grow in his versatility and Joner certainly possesses the tools to be successful at the high school level and beyond.  Start looking at him now people, he could be exceptional going forward. 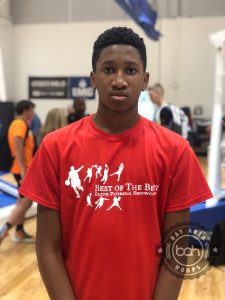 2026 6’1” Herly Brutus of Tarvares MS – In terms of a long term prospect in my eyes, Brutus has the highest growth ceilings of all players! No other player was more intriguing than Brutus to me. He’s physically gifted with length which allows him to do a variety of different things on the floor. He’s a reliable shot blocker, provides a presence on the offensive and defensive boards plus runs in transition. Brutus shoots with a touch, gets to the rim with contact and can defend the basket. He’s still growing and is a PLAYER OF INTEREST!

2024 PG Elijah Reynolds of Central MS – He’s constantly looking for the next pass for a basket with minimal turnovers.  One of the true point guards on my list that made an impact whenever he was on the floor. Reynolds knows how to be efficient, plays with a great IQ especially when looking to set up others.  He didn’t take many shots he looks to be a capable shooter. 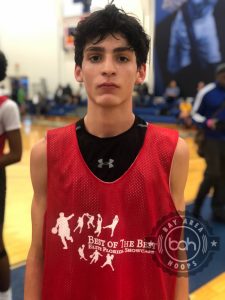 2024 6’1” G Gerard O’Keefe of IMG – He doesn’t blink at the opportunity to shoot the 3 ball. He’s shows a ton of confidence with his jumper which he can get too at any given time. O’keefe possesses a nice quality feel for the game and it helps him make an abundance of plays from the perimeter.  However, he needs to make his offense come to him a bit easier with screens and movement without the ball.  Keep an eye on him. 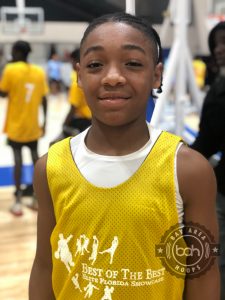 2024 PG Reece Randolph of Mater Lakes Academy – He’s everything you expected in a quality PG. Speed, shooting and competitiveness is definitely visible in his game, but his main focus was to disrupt the core of opponents defenses.  His ability to break down opponents was fascinating to watch, he made options for his teammates  once he penetrated and got in the paint. Size is a factor but should be minimized because of his other attributes. 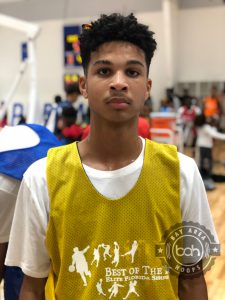 2024 PG Erik Taylor of Aubudon Park – This PG you will remember. Taylor was the most polished all-around player in the Select Division. His ability to see the floor, dribble with a purpose and create scoring for others makes him standout. He possesses good size for a PG and will be a great contributor at his next level.  If he continues to add core strength and polish up his shooting, this true general will be scary. 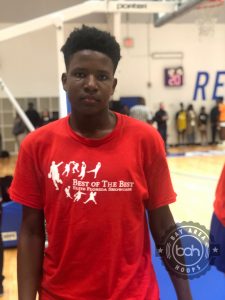 2024 6’4” SF Jaylen Robinson of Green Cove MS – Jaylen has the power and skill that showed he was arguably the top overall performer in his division. Robinson plays with an exceptional motor, rebounds well on both ends which resulted in an abundance of putbacks and second-chance opportunities for his team.  What impressed me the most, was his abilities to start transition of his offensive rebounding.  He’ll be one to watch!