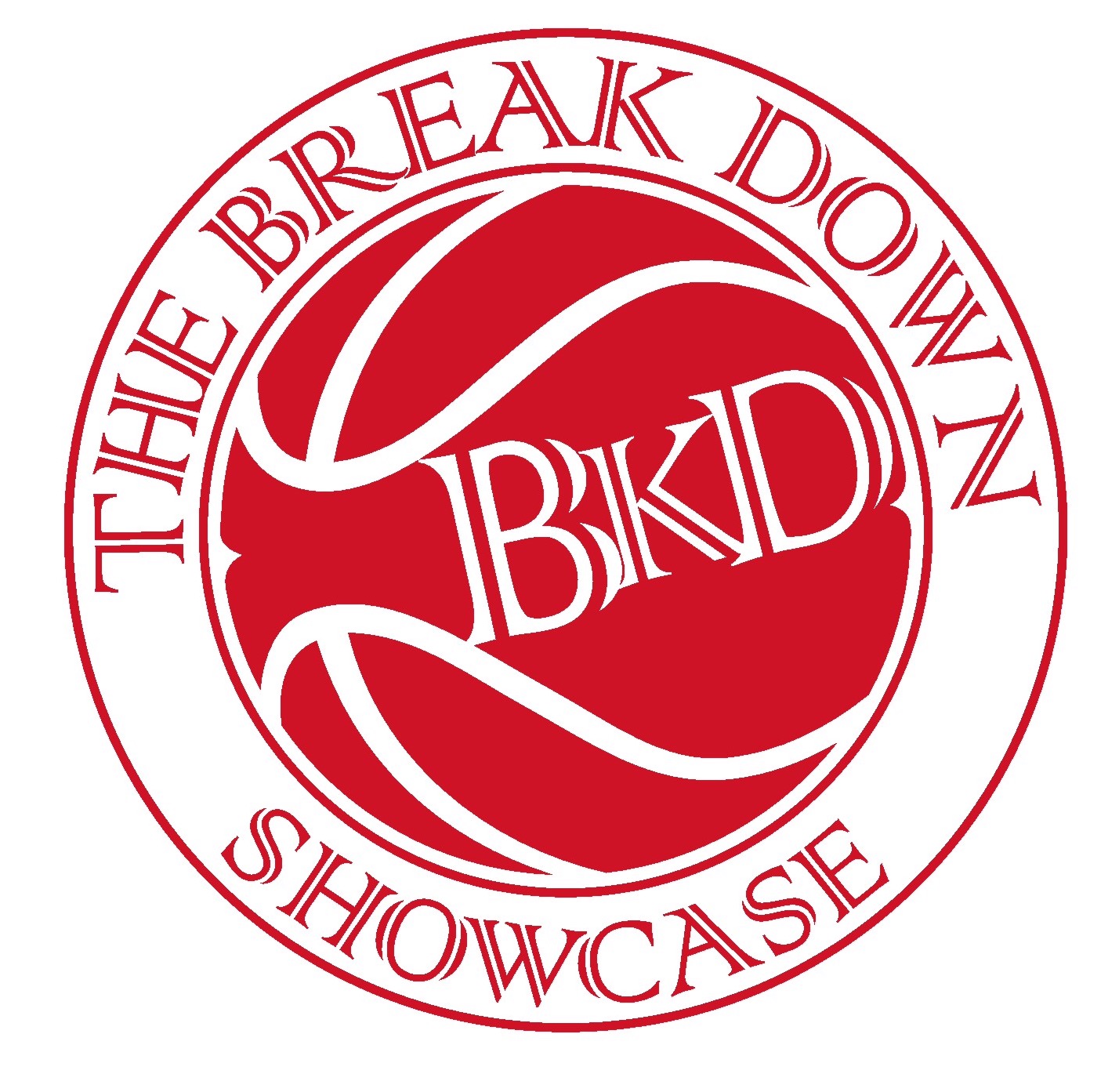 There was a wide range of talent in the gym.  We expect there will be some emerging prospects who’ll advance their potential to play at a collegiate level.   The BKD showcase is an experience for both parents and players.  Valuable information was shared with parents regarding the recruitment process and their child’s development for the next level.  Coaches and Scouts saw the players in game situational drills and game play.

To get things started, we look at a player that has grown tremendously in talent over they past few years, Justin Hicks. The 2021 6’2” PG is explosive and energetic and makes game impacts. Hicks has the ability to create for himself or others well.  I can see his development and growth since previous showings at prior BKD Showcases.  Next in his development process is working on stretching the floor consistently from behind the arc, as it would make him a more lethal offensive threat.   Hicks  holds offers from Ole Miss, College of Charleston and a few others should have an exciting year in his upcoming season at West Nassau.  Small point guards were definitely at a premium during the BKD showcase and one thing that there was an abundance of at the showcase were shooters.  2021 6’3” Charles Crews always has displayed a knack to be a marksman and a volume scorer.  Crews has obviously expanded his game playing more of the point guard position.  He showed off his shooting ability, court vision and we hope it helps them garner a position at the next level. 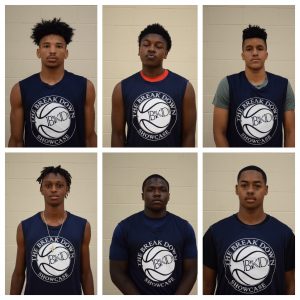 Not to forget 2021 6’2” marksmen Deon Brown, who’s a backcourt mate of Crews at Bayshore Christian.  If guards did not pick him up coming past half court, he didn’t have a conscious when it came to  pulling up for threes.  He showed improved confidence in his shooting and played well off the ball.  Brown has a lot of opportunities to elevate his game within the upcoming year and could emerge as one of the most reliable shooters in the area and for Bayshore Christian sooner than later.

2022 6’4” SG Joshua Watkins, made an appearance at the BKD.  Watkins has talent and skill.  He showcased his ability to penetrate and rebound the offensive glass, he definitely was not afraid of contact.  He doesn’t shy away from the spotlight and shows a competitive drive.  Working on his shooting will be a plus and continued work on core strength will make him a special player.  Changing pace a bit, we look at two big guards in 2021 PG Raymond Perry of St. Petersburg HS and 2023 6’0” PG Kjei Parker of Kathleen HS.  Perry will give you power and strength at that position.  He’s a downhill runner and soaks up contact in tight situations.  Perry can be elusive with his size because he has the speed to blow by defenders or ability to freeze opponents off the dribble.   Parker is talented and knows he game.  He has solid size and strength.  We’re looking forward to seeing him learn to use his tools and attributes as he continues to train and develop. I’m anticipating Parker will be a future standout and a promising talent in the area.

We got our eyes on 2023 6’3” PG Eiram Cuevas of Central Pointe Christian Academy last year at the E1T1 Nike Premier Showcase and he continued to be impressive. 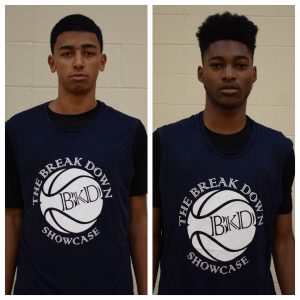 Cuevas is very talented and plays extremely hard plus he’s a player that proved to be impactful with any group of teammates.  Next, we look at a player that provided some excitement, Marcellus Thomas.  The 2021 6’2” G is wiry with a feel and ability to affect games regularly. Thomas does a great job of slashing to the basket and operating with the ball.  He also showed his ability to get downhill and attack the basket while knocking down the occasional jumper.  Thomas proved he could be poised for a breakout upcoming season at Kathleen HS.

Mathew Lentz is long, shoots a good percentage from beyond the arc and smart with the ability to dominate the game as a shooting threat.  2021 6’6” G/F Lentz is on the right track as of late and continues to make tremendous strides expanding his game.  He looked comfortable in his offensive arsenal.  There were not many players 6’5″ and above at the showcase; however, their were a few who caught my eye:  CJ Hawkins, Ty’Rion Denson, Javaris Patterson, Harvey Wilson and Jaylen Wharton.

CJ Hawkins is a  player who made quite the impression with his nonstop motor. The 6’5” 2022 Berkeley Prep prospect was very energetic, his shot has good mechanics and he got out and ran on the break. Hawkins is a hybrid forward who can rebound the ball well, but has to work more on patience and positioning himself for scoring opportunities. 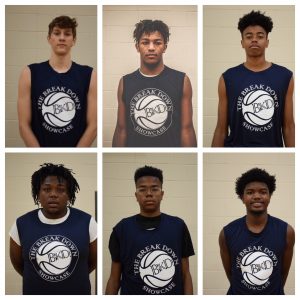 Next we glance at 6’5” 2023 Harvey Wilson, who has potential to be very good.  Wilson doesn’t necessarily require the ball to make an impact but still can utilize his quickness and his size extremely well as an on-ball and rim defender.   He should look at developing his off-hand, as it would allow him to become a better finisher around the rim.  With the new age of basketball,  and more hybrid forwards who have a capability to go off the dribble, shoot long range and run the point 2021 6’7” Ty’Rion Denson of Mainland HS is no different.  The big fella is quick, has great footwork and hands. He showed full capabilities to maneuver in the perimeter.  He put on a display with his handle, vision and creativity to attack off penetration.    Next in his development, should be better perimeter defense and conditioning.

2021 6’8” Jaylen Wharton has a ton of promise.   He showed rebounding abilities and used his length allowing him to score the ball effectively from ranges short and long.  He’s talented and worked well within team concepts. I’d like to see him add more muscle to his frame.  One of many reasons basketball is exciting is when plays are made in open floor transition.   2021 6’5” Javaris Patterson definitely showcases his ability to get out on the break and finish above the rim.  He plays big for his size, he attacks the glass on offense and on defense he was not afraid to mix it up.   Patterson also presented his ability to score off the ball and rebound in traffic.

On our Radar Now: 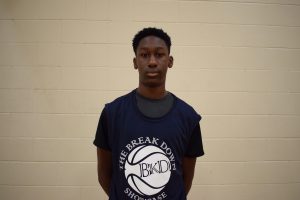 2020 6’3” G Jacob Channer, Shorecrest HS – showed a natural feel on the court, took what defenders gave him and made use of his ability to stretch the floor.  Channer can get to the basket or pull up from 3, he has a great feel to his game.

Players to Look for: