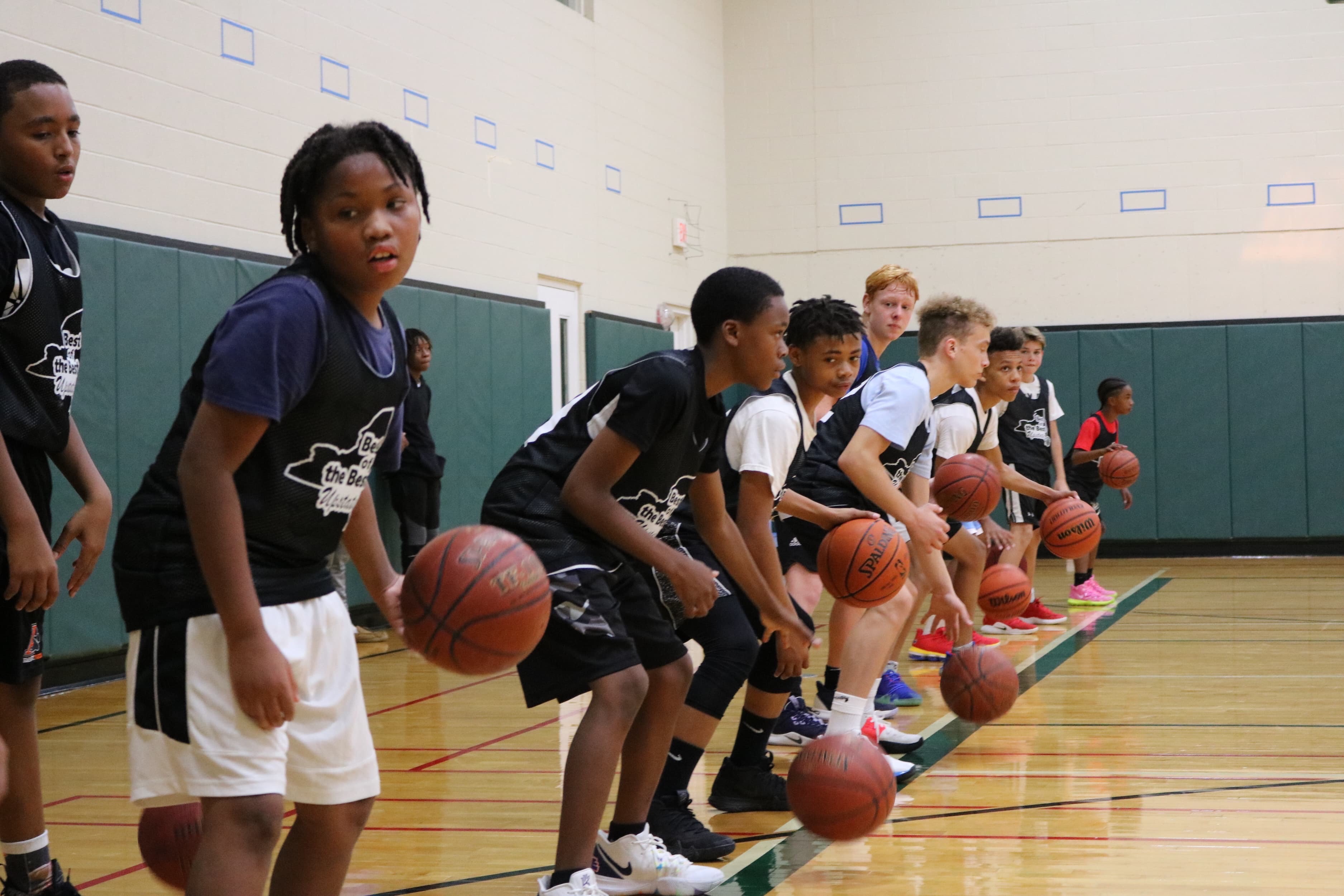 Buffalo, NY – The Best of the Best Upstate Middle School Showcase, held September 14th right after the HS Boys at Nichols HS just minutes from downtown Buffalo displayed some of the future players the area will offer.  Bay Area Hoops and Last 1 Best 1 presented this inaugural event which featured 40 of the best middle school basketball players in the Buffalo area.

2025 PG Wesley Scharping, Tapestry – Let’s look at a player that was arguably the most exciting performer with the ball in his hands.  He’s an extremely smart, pass-first point guard who’s very crafty.  Scharping is really crafty with the ball, hits the long ball consistently & is a really good kid.

2025 PG Gregory Brooks III, Meritime Charter – is very talented. Brooks ability to thrive when pushing the pace was simply electric plus able to bring excitement to the court.  His ball handling is really good which helps Brooks play with confidence. He strives to be the best on the floor. We’re going to continue to watch his process

2026 SG Nakyhi Harris, Sweet Home Middle – Harris is primed to be an effect player.  He is capable of hitting shots, he also looks to create for others but when given time and space he can take control offensively. We definitely will keep an eye on him

2025 PG Gionni Zelasko, Casey Middle School – This shifty PG can beat you left or right and defend the other end.  Gionni plays very unselfish basketball and shows soild fundamentals plus always makes sure to include his teammates.

2027 My’chael “Kelz” Whitt, Enterprise Charter School – Has solid fundamentals and a great basketball IQ.  The 5’3” scorer understands offensive and defensive schemes plus enjoys to share the basketball with his teammates.  My’chael plays at a much higher level then peers. ⁣⁣

2024 SG Ryan Hill, Sweet Home Middle – Continuing onto a player that stamped his ability to be a contributor all over the court, the lefty operated nicely in a variety of different roles.  He’s a strong player that does a ton of things well, especially for his age.

2025 PG Damien Johnson, Cheektowaga – Advancing onto a player that made an lasting impression in our last viewing continued with his nonstop motor and effectiveness to use his body, Johnson is well-rounded.  His display of skillset and IQ was impressive.

2024 Alexis Hayes, Saint Mark – He’s a steady player with solid shooting skills.  He also operates effectively within the team concept but Hayes does a little bit of everything and doesn’t necessarily require the ball to make an impact.

2028 Raiden Burke, Bailey Elementary – he loaded with potential! Burke was the youngest in the camp and showed he compete with older competition. He has a good IQ and use of both hands as a point guard.  We will definitely watch his progress.

2024 Ahmir Dunn, Park School – Used his abilities to score the ball in the perimeter.  Looks to be a system shooter but can get shots off in catch and shoot situations.

2026 Tre Paulfrey, Olmsted – Young, smooth but aggressive.  Paulfrey showed creativity with his ball handling plus can effectively get to the basket. Like what we saw and hope he continues his development.

2026 Mekaih Patterson, Sweet Home Middle – Continuing onto a player that brought intriguing skill,  unique style and overall approach to the game. Patterson, typically looked to attack the basket or make someone else better.

2026 Andre Foster, Amherst- We look at a player that worked extremely hard on both ends. Foster made impactful plays and displayed a strong motor.  His consistent willingness to do the dirty work and make hustle plays stood out.

2025 Corey Poole, St. Augustine –  He’s very unselfish, fairly well-rounded and simply made winning plays whenever he was on the court.  Poole knocked down some shots and set up his teammates.

2025 Hezekiah Hall, Tapestry – He’s a young energy guard with ability to shoot from beyond the arc, He attacked the basket and played with a strong motor.  Hall has a nice feel for the game and his on the right path of his development.

Check out pictures from BOTBUPS HERE: