The 2018 class at the NBPA Top 100 Camp was loaded with talent and we watched a some players perform, here they are.

Simisola Shiitu is a worker in all aspects.  The NBPA Top 100 MVP utilized his skill as an athletic power forward with movements of a wing but strength of a big.  His work horse mindset is what stood out to us all week; from transitional scoring, punishing the rim on dunks and just out working everyone else.  Really don’t see Shittu 9th ranked stock on ESPN 100 decreasing but if his development keeps increasing and he concentrates on becoming a consistent perimeter threat, watch out!

I was impressed with SF Darius Bazley dating back to the past Pangos AA Camp in CA.  He’s productive has a lefty and most definitely a scoring threat at all times!  At times he can play with a one minded attack but at the end of the day he his a must have.  Bazley doesn’t need help getting he game going offensively, will attack the lazy opponent and can get to the free throw line easily.  Not afraid to say that he is a walking double-double if he sets his mind to it.  With an average of 12.3 ppg and 7.6 rpg he showed he was a major factor on the court.  Ranked 32 in ESPN top 100, Bazley is my sleeper to propelled his game at the next level..

Making strides in his class, Nassir Little has been outspoken with his game play this year.  At the NBPA Top 100 camp, Little displayed energy mixed with a hybrid athleticism.  A player you like to watch because of the unknown factors he can bring.  Opposing players find it hard to guard Little defensively because of his ability to move with out the ball and run the baseline for available ally-oops.  So hope players can “Box out” because Little can take advantage of slower and bigger opponents.  Little shot 21-37 (56.8%) for the entire camp, not bad for guy playing off the ball.  Once he’s able to extend his range will see more of a complete Nassir Little.

When you want to see a player make effective plays at 3 different positions, look at Keldon Johnson.  The NBPA Top 100 MVP, Johnson is vivid playing on the court.  With size and abilities, he processes a “Go To Guy” player type game.  The 6’6″ frame of Johnson absorbs contact when finishing and overpowers small guards in the post.  His camp averaged was 16.9 ppg and 6 rpg

Getting to play around NBA Champion Rajon Rondo has its perks especially if your a Point Guard.  Muhammad was one of the guards on that 6-0 championship team that benefited from Coach Rondo’s guidance.  This strong two end player and sometimes just a blanket covering players 94 ft.  He was the standard at times defensively against big time guards. Active plus good foot speed makes him deadly defending the ball. 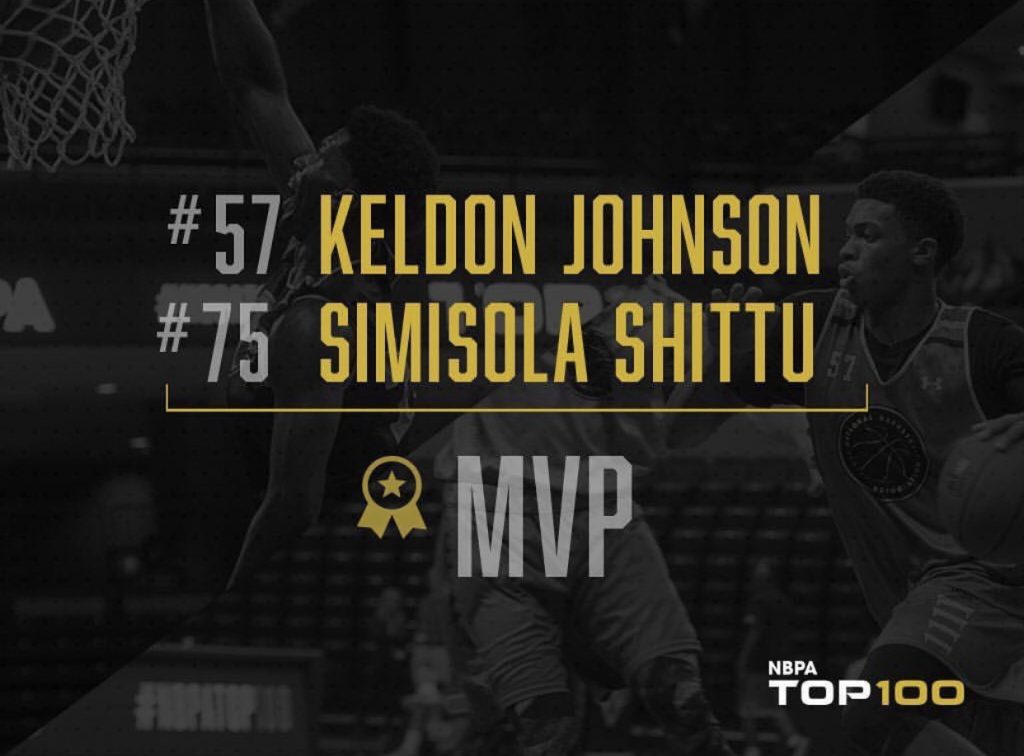