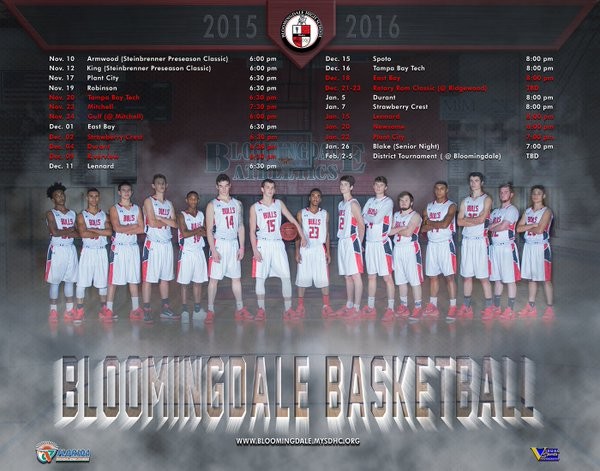 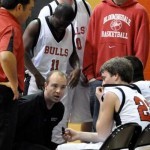 When you play against this Tampa area team, be prepared for a shooting display.  Coming off winning the 7A District 9 championship, the Bloomingdale Bulls are on there best season yet (11,2, 19-5) under Coach Joe Willis and playing at a high level.  With new additions and some veteran play from a core of kids who have stuck together and accepted a system that has worked.

Bloomingdale’s 2017 SG Drew Bethoney along with 2016 PG Derek Thompson Jr., 2017 G Nick Lewis and 2017 F Trent Wienert have been shooting over 42% behind the arc and over 52% for their 2  point field goals;  this helps to make them a legitimate threat and surprise a few teams.  When asked, Coach Joe Willis said “Our teams play has been much better than this same time last year. We are playing more together than we ever had since my years at Bloomingdale.  Preparation for the regional is more focused since it is just one opponent.”  Bloomingdale will host East Lake in 2016 FHSAA Boys Class 7A Basketball Regional Quarterfinals at 7 pm on Feb. 11, 2016