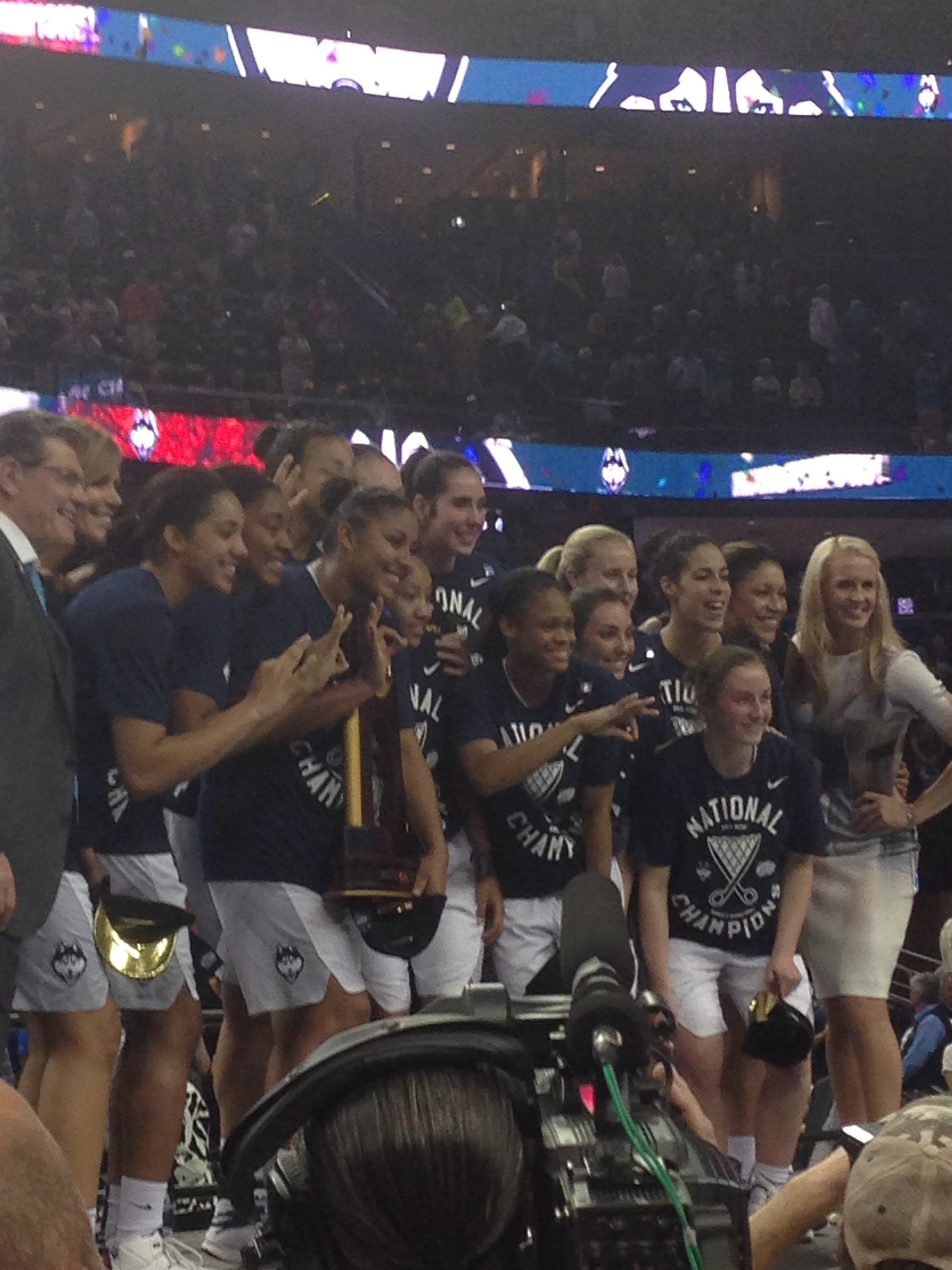 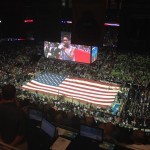 Electricity was in the air, you could feel it, there was an abundance of anticipation when you walked into Amelie Arena.  We knew the Huskies were looking to win their 3rd consecutive women’s basketball NCAA championship, and the Irish had their eyes on more than their 22 game win streak.  Women’s basketball fans were anxious and ready to get this thing started.

Cheers were nonstop during team introductions.   The game remained competitive from the jump ball.   Both teams had an active 6th woman who made their presence known with every miss or make.  At the half the score was 31 to 23 in favor of UConn who shot 38% at the half. Jewell Loyd led all scorers at the half with 10 points. Notre Dame needed some offense from freshman Brianna Turner who was scoreless in the first half.

Notre Dame comes out aggressive the second half.  The Irish out rebounded the Huskies 45/34, this was the highest margin this year. How do you handle aggression? You fight aggression with aggression and that’s just what Uconn did.  The game started to open up at the 17:16 mark with Uconn leading by 12.  It was difficult for Notre Dame gain a lead because each time they made a run, Uconn’s All American Kaleena Mosquea-Lewis stepped in and hit big shots.

Both Coach Geno Auriemma and Coach Muffett McGraw agree those shots were crucial and a significant point of the game where Notre Dame never recovered.  This was a even game and could have went either way but turnovers and big shots were crucial.  Coach McGraw mentioned “Disappointing way to end the season, but I thought it was a great achievement to get here.  I think that we weren’t able to really play our game.  I feel as though offensively we never got into any rhythm.  I thought Jefferson was outstanding, I thought they put a lot of pressure on the ball, and that really hurt us.”   Coach Auriemma stated “Well, obviously it’s incredibly rewarding to be able to do what we did.  And it was really hard to do it.  We knew playing Notre Dame was going to be really, really difficult.  And it was everything that we thought it was going to be.  But these guys made some plays in the second half that kind of showed our true character.  We talked about it in the locker room a little bit that every time we were challenged, we responded.” 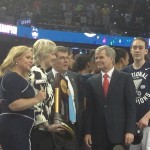