The 2014 Hoop Exchange Florida Fall Festival was held at the Orlando Sports Complex on Oct.12th; we anticipated the event would be special … and it was.  There was plenty of action, the weekend included team games and individual exposure.  Our goal was to cover as much as possible.

The team event consisted of 4 divisions and each divistion included 8-10 teams (ACC, PAC-12, Big 12, and SEC). On day 2 of the event we had the chance to see Montverde Academy against Victory Rock Prep. 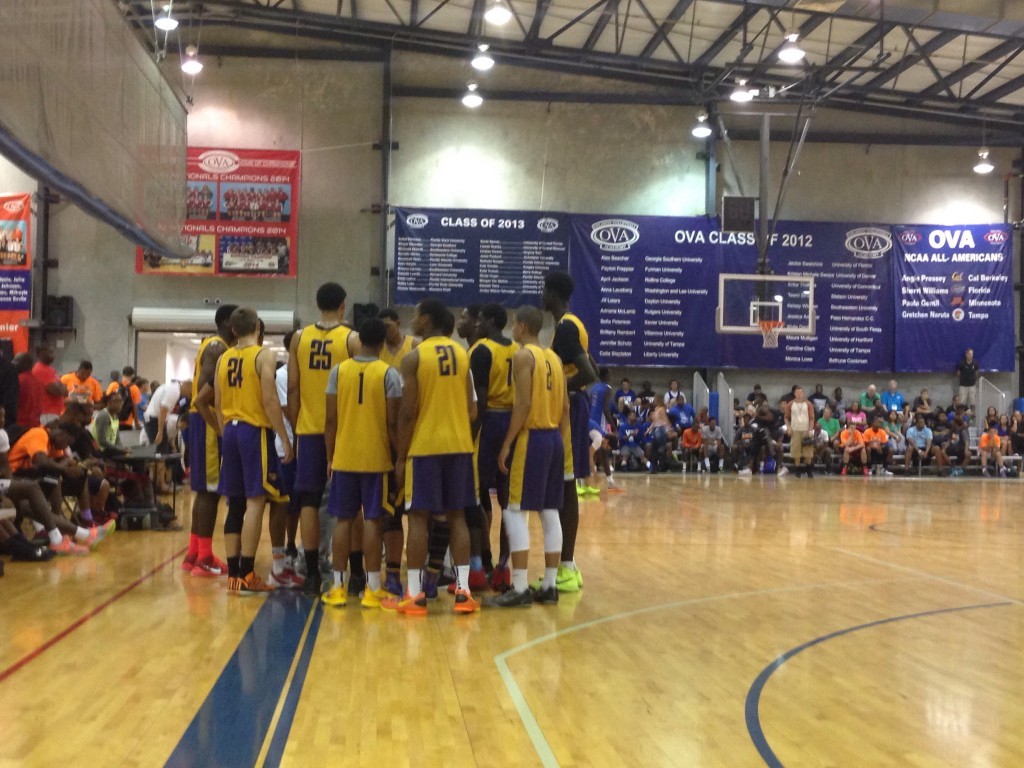 The Eagles front court caught my eye, they were big, agile and more versatile. Marquez Letcher-Ellis, EJ Montgomery, Doral Moore(Wake Forest), Jean Marc Christ Koumadje(FSU), Noah Dickerson (Florida).  Montverde easily, may be the best team in the state of Florida considering they have the Nation’s top prospect in Ben Simmons(LSU).  Simmons gave a superb performance against VRP he offensively worked the perimeter and dominated the lanes on fast breaks.  Simmons displayed why he is well deserved for the #1 spot, he has a gift, an ability to “PLAY” multiple positions.  With his size Simmons ball-handling skills and vision are fabulous. Performing in front a packed gym the Eagles started out slow offensively and let Victory Rock Prep(VRP) jump out to an early lead. 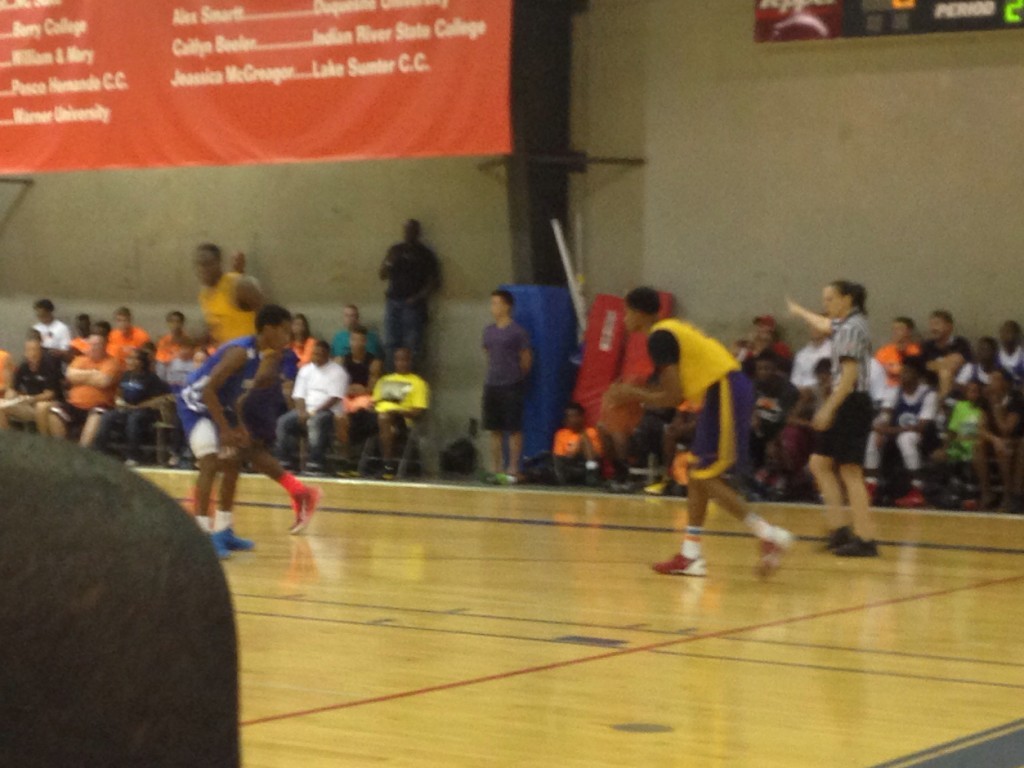 Howard Washington PG a stand-out transfer from Canisuis HS in Buffalo,NY made minimal mistakes if any.  Washington will face pressure as has he prepares to compete with other quick and seasoned guards in the upcoming season.  However,  he looked to be getting well groomed and comfortable running a high powered offense.  Washington was calm in pressure conditions, showed his high IQ for the game as well as his unselfishness as a PG.  The opponent Victory Rock keep the game competitive till mid way in the 4th quarter. The Louisville commit Deng Adel of Victory Rock was impressive.  Adel showed his athleticism with hard drives to the lane and vicious dunks at the rim. Adel is like monster on the floor plus, it seems like he never gets tired, he gets up and down the court, plays both ends and never quits.   Sharp shooter Marcel Pointka put on small show with his accuracy from outside and at one point put Deng Adel on the floor with some flashy ball handling.  VRP PG Christian Jackson was fast and kept defenders honest. He’s undersized but, his speed kills.  He may be subject to abuse in post situations but he will hold his own in transition.  The Eagles seem to withstand offensive spurts with their interior defense.  At the end of the day Montverde seperated themselves to defeat VRP 44-35.

I was able to see a couple of players during team play they were:  Lamonte Turner of ACD was impressive off the dribble, he made good use of seperation moves and facilitated positive outcomes for his team.  Oviedo Northwest Express 6’3 senior guard Qua Harper was  aggressive on offense and defensively active.  Lakewood HS 2015 6’7 guard Anthony Lawrence Jr. was solid for the day.  De’Riant Jenkins of West Oaks Academy 6’6 has the look of a wing player.  He has broad shoulders, long arms and an ability to run the floor. 6’7 Maverick Rowon of Cardinal Gibbons 2016 had a good showing and appeared to have an all around game.

As the day progressed we were able to watch some individual players perform such as:  6’5” SF Pro Wells of St. Petersburg HS 2016,  he standout throughout the day.  Wells attacked the basket with numerous dunks, he’s definitely a lane filler.  One of the most impressive performers was 6’7” Jaylin Stewart of Godby HS 2015.  Sarasota Christian HS 2017 SF Brion Whitley  is really growing on us.  Whitley has been very consistent with his play and doesn’t force the game.  His up side is enormous.  This was our first chance to see 6’8” 2015 Keith Stone of Zion Lutheran.  Stone can play either the 3 or the 4 spot and he was not shy when it came to shooting the long ball.  6’0” Jamari Wheeler 2017 Suwannee HS gets more and more impressive every time we see him play.  He can get to any place on the court within seconds, he’s a nightmare match up for slower defenders.

Some players we liked: