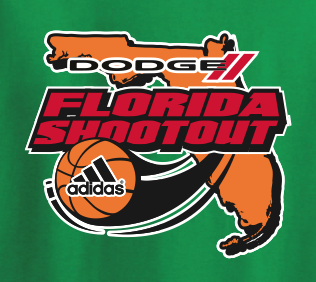 The 19th annual Adidas Dodge Florida Shootout was held on September 27th and 28th, 2014 at the Lake Brantley Sports Complex in Altamonte Springs, FL.  On Saturday they showcased some of the top talent in the area.  The event focused on basketball drills, skills training and important information about basketball life lessons from Reggie Rankin (Scout and Analyst for ESPN). 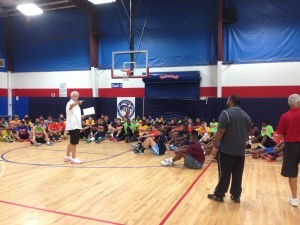 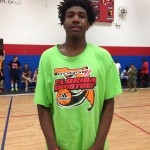 Romello White 6’10” C JR IMG: Runs the floor, and has good hands.  To be the biggest guy on the floor he could have been a bit more dominant.  Although he didn’t get many low post entry passes he was able to do some good things in the paint that showed his capabilities to dominate.   White had good post communication on defense, finished through contact and ran the court to get multiple dunks.  He’s definitely a prospect!

Brion Whitley 6’4” SG Soph Sarasota Christian: Whitley was one of the few athletes that stayed active on both ends of the court.  He caused problems on defense with his communication and offensively was able to score in different ways. A true competitor, who played well without the ball.   A player that can fit any college team! 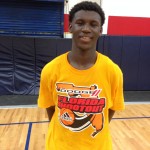 Keon Clergeot 6’1 Jr Auburndale:  Clergeot only competition is himself;  I haven’t seen a player push his game so hard on defense and offense. He plays full speed at all times!   Excellent conditioning and athleticism.  Clergeot was able to run without the ball in transition and create his own opportunities off the dribble.  He was good off screens, I’d like to see him work on his jump shot and be better with the pull up.  Good hand/eye coordination and hard to get by defensively.  Tough kid! 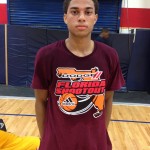 Kevin McCain Sr. 6’2 PG Hamilton County, McClain was quiet for the most part but he was still consistent.  Looks to be a good floor general once he gets going.  McClain is good with leading the fast break, he knew when to run offense and always seem to get a good look at the basket.  McClain has good size for the PG position and that really made it easy to penetrate the painted area for offensive opportunities. 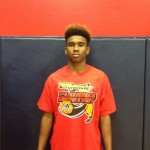 Vaughn McCall 6’3 Sr. CG Ocoee HS  Even though I didn’t see much of the high flying plays as he usaully brings he showed his skills in other areas. The long ball was working for most of the day and he looked impressive playing off the ball.  He scored with ease in the paint, off screens and ball penetration.  Plays the passing lanes and rebound well for his size. 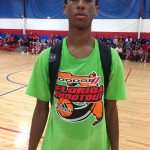 6’4” Stefan Kitchen of Brooks Dabartolo Collegiate HS 2015 G: A good offensive balance with an ability to score using various shots.  He was able to run the break and create in transition as well as displayed sound judgement to make the extra pass and not force the game.  He’s athletic, long and crafty with an ability to shoot the ball well from deep.  Kitchen needs to be more patient with the offense, be more aware of clock management and close out the game.  He proved he can compete with top talent. 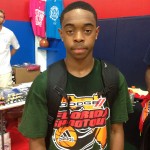 Damon Harge 5’8″ Fr PG Orlando Christian Prep: A very talented player with a solid skill set at the PG position.  Size is a factor with Harge but there’s no questioning the size of his heart to compete.  Damon starting to show he is capable of running an offense.  He proved on multiple occasions that he can separate from defenders and create space for his jump shot with his crafty dribbling.   He knocked down some shots off the dribble, and delivered the ball to players in open spots on the floor. He started the day off slow but finished strong.  He impressed me with his high motor, IQ and his “DON’T GIVE UP ATTITUDE”. Damon should improve on making a play from the screen and roll; and making that entry pass to the post.