2. Juwan Durham – A 6’10” 200 lbs forward of Tampa Prep (FL.), is a UConn commit with head coach Kevin Ollie.  Durham has mixture of athleticism, length and drive to be great.  He’s displays a humble demeanor plus a great student to have in any program. 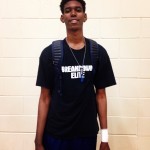 Had a great year last season before his ACL injuries back in February during the state playoffs in Florida. After recovering, he injured the other ACL in September which ended his season. During his Junior year, Durham averaged 22.9 ppg and 10.2 rpg.  With his size and abilities to score in a variety of ways, Durham’s national profile is still high.  Durham plays well in the high post, good with his back to the basket, and can hit the mid-range jumper in traffic.  He also uses his length to excel over smaller defenders. He’s a special player and we can’t wait to see him perform with the Huskies!

3. Tyson Ward – A 6’4″ 175 lb undecided prospect guard of Tampa Prep(Fl.), has improved tremendously and has excepted the challenge of being the guy at Tampa Prep when star forward Juwan Durham went down. 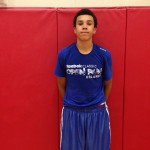 He’s stock as risen and he has shown he is capable of being a D1 prospect.  Ward has a hybrid game that gives him an ability to play 3 positions.  He’s competitive in which he’s shown against top teams such has Montverde Academy, Tampa Catholic and others. He’s producing and I think he’s just starting to scratch the surface.  Look for him to excel at his next destination.

4. Thomas Dziagwa – Tampa Catholic(FL.) and a Oklahoma State commit Thomas Dziagwa has proven to be a scorer and a true threat from beyond the arc.  At 6’4” this combo guard can stretch the floor and give defenses fits. 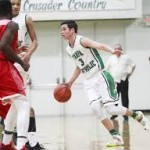 5. David Jones – A 6’2” 165 lbs CG of Leto HS is a undecided prospect.  Jones has picked up his recruitment this past year playing for Team Speights travel squad and performing at a high level with Leto HS.  He can score with the best of them! 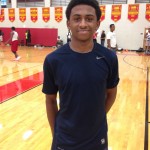 With his unanticipated bounce and a will to compete, Jones will and has caused problems offensively for opponents.  He processes an high powered scoring attack for a guard of his size.  He as creative abilities on offense in the open floor along with a enormous athleticism and ability to draw attention defensively, that makes him a PROBLEM!  His a under the radar player who just jumped on the seen to be considered one of the top players in the area.  Look for him to sign soon.  Receiving D1 interest from Canisius, VMI, Furman and Alcorn St.