Coach of the year: Barry Jacobs of Newsome HS has been persistent for a couple of years by keeping the same game plan allowing players develop chemistry.  Last year Jacobs was close to a District Championship but fell short after loosing to Wharton.  His programs record is 23-2; 9-1 in their district and beat Wharton HS to obtain the 2014-2015 Class 8A, District 7 Championship. 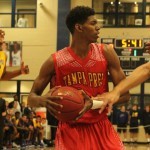 Durham, has compiled over 1,696 points in just 3 years and ranks 30th in Hillsborough County history.  He averaged 22.9 ppg, 10.2 rpg and 4.7 bpg.  Durham dominated in many;  if not most of his games this season. His defensive post presence and ability to score in the post has been a luxury for Tampa Prep.

Durham’s developing leadership skills has guided the Terrapins to a 23-7 overall record, 8-0 in their district, a trip to the Class 3A regional final game against Orlando First Academy where Durham was sidelined due to injury (ACL). Terrapins were last year’s state runner-up.  Juwan has recorded 16 double doubles, a season-high of 42 pts against Seffner Christian plus a triple double against Brooks De-Bartolo. Recently Durham grabbed 18 pts and 10 rebs against and top ranked Montverde Academy.  Coach Fenlon said “Juwan showed people why he is one of the top players in his class in the country.” 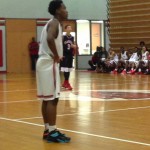 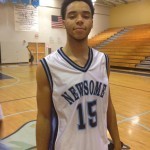 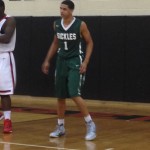 Coach of the Year:

La’Tosha Lewis, Strawberry Crest: Coach Lewis has been a demanding defensive coach since the start of the program in 2009.  Lewis set standards defensively with the Lady Chargers and it was hard for opponents to overcome.  Crest battled Plant City all year to win it’s second district title in a row.  Going 22-6 overall and 10-1 in their district.

Player of the Year:

5’9″ PG Taylor Emery (Freedom): The Tulane University commit Taylor Emery is the county’s all-time leading scorer with 2,689 points after averaging 36.4 a game this season.  Sometimes I really think she is a “Machine”!  Emery did whatever she wanted on the court, she got to the basket and had her way all year long.  She’s strong, with a pretty pull-up jump shot. SWEET!!