Tampa, FL – We spotlighted a few standout players at the Future 50 Showcase in Tampa, Fl a week ago.  There were 50 middle school players ranging from classes 2024-2030 that came to compete with the best in there age groups.  Bay Area Hoops LLC and Issa Bucket Pro gave players an opportunity to play in front of National Scouts; Darnell Johnson (John Lucas), Reginald Burke (Bay Area Hoops/ John Lucas), Tim Fields (Boo Williams/John Lucas), Kerry Willis (Court Cred/The Players Circle) and Robert Alfonso ( Baseline to Sideline) gave the gym a high energy atmosphere.   There was plenty of action, so let’s get to it.

Top 10 Creme of the Camp 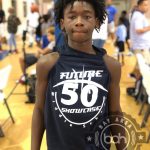 2024 Willie Sheppard, PG Oldsmar Christian –  it’s always a pleasure to watch Willie Sheppard.  His ability to change speeds and direction for his age is impressive. Shepard keeps the ball on the string and uses a lot of inside dribbling to blow past defenders and make things happen.  He overcomes his size factor with his speed and skill.  We’d like to see him work on his shooting beyond the arc. 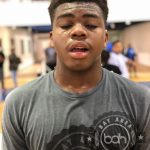 2024 Solomon Williams, F Cracklings MS – Big strong forward that plays like a guard.  He did well on the offensive end, especially in transition.  Rebounds and creates points for himself on the offensive glass.  Williams should concentrate on adding more skill if he plans to play in the perimeter. 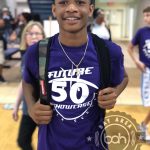 2024 Chris Moliere, G Academy Prep – Arguably the best shooting guard in the camp.  He did it all, handled the ball, shot reasonable well, played the defensive end and rebounded.  He’s 5’9”, we hope he continues to grow because we like what we saw. 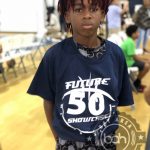 2027 Ayden Donald, PG Bridge Prep Academy – There’s a lot of special qualities in this young player who plays up.  He’s competitive, tough and finishes well with either hand. Donald IS the show. He showed understands the role of a point guard and looks to make the right play. I’d like to see him continue to work on his shooting. 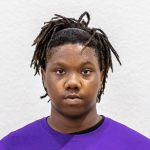 2024 Elijah Payne, Holy Family Academy – Payne is powerful around the rim at 240 pounds and standing at 6’3” he can dominate many kids in this class.  He’s a decent ball handler but Payne needs to work constantly on his shooting.  He’s still growing and should fill out nice in a few years. 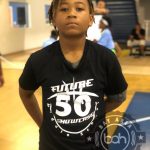 2026 Kamron Barge, PG American Collegiate Academy –  A mixture of intelligence, unselfishness and playmaking.  Barge handles the ball well and knows how to navigate through traffic. Next in his development process is working on his ability to move without the ball. 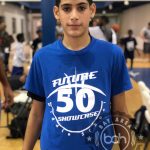 2024 Shon Abaev, G Pines MS –  Has the length, mindset and skill to be really good.  Abaev made things happen. He shot the ball well, showed activity on the floor and finished when he got in the paint.  I’d like to see him work on his core development to add power to his game.

2025 Lyrique Sartin, G Liberty MS – Couldn’t miss this kid!  He’s really crafty, he can score and played on both sides of the ball. This kid has a “it” factor and can be electric. He’s small for his position but the guard is promising. 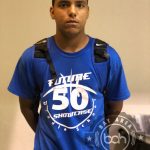 2024 Christian Cole, Family of Christ – Cole performed spectacular a few weeks ago and stepped it up again at Future 50. The E1T1 Rebels guard has a good pace and stays in attack mode.  He can work more on becoming a better defender in the perimeter but this kid will sneak up on people soon. 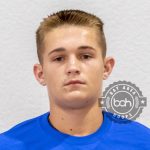 2024 Armani Gacanica, Weightman MS – He knows the importance of the post.  Gacanica has good footwork and hands, probably the best offensive post player we saw that day. I’d like to see him consistently hit the jump shot and the 3 ball.

Players who stood out: 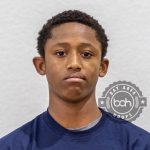 2024 Mahlik Brady-Ayers, Mann MS – Has a smooth game.  Solid guard, who knows how to play the game with pace. Pretty solid on the defensive end and displayed a skill set offensively. 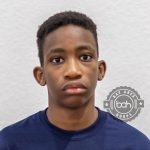 2024 Jonathon Olodude, Stewart MS – He took some hits that day defending multiple positions but bounced back up. Olodude has ball skills and gets in the paint.  He has the potential to be a really good two-way player. 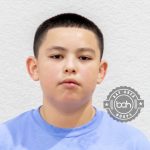 2026 Tommy Louvon, American Collegiate Academy – Strong guard who used his strength to get to the rim. Not the fastest but definitely one of the smartest, Louvon gets it! 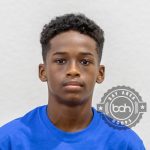 2025 Jarvis Pope, Slam Academy– Can either create or be a slasher off the ball.  Pope has gotten better each year we see him. He out shined his peers in the 2 on 2 king of the court section.  Pope is very skilled and we look for him to continue to get better. 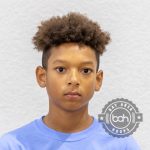 2025 Caleb Williams, Slam Academy – It was like he was on repeat, every time we turned around he was doing something productive.  He caught our eye first in the king of the court 2 on 2 drills and we knew then he could really play. 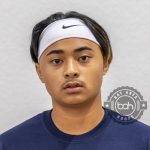 2024 Jordan Roque, North Tampa Christian Academy – A big guard with skill. He has a scoring mindset and utilizes his shooting abilities to his advantage. 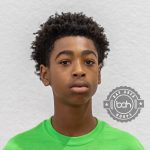 2025 Joe Philon, Slam Academy – Solid player, looks to play either guard spot and knows how to play the game. This is our first viewing and we inked his activity.  Philon plays with a great pace and feel. 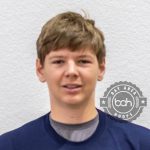 2024 Ollie Bickford, LCC – At 6’3”, the big fella held his own against the other bigs in the camp. He moved well up and down the court and made himself available at all times. 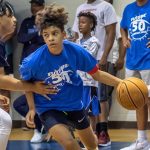 2024 Jordin Bell, Slam Academy – Very agile and quick. Nice instinct for the game and at moments can put plays together.

Up and Coming Players: 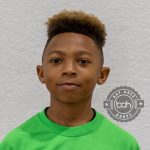 2027 Jayson Lewis, Bailey Elementary – He’s very impressive in his play.  Lewis is a facilitator and plays without the ball. He made cuts to the rim and ran the floor.  He brings energy and a competitive nature. 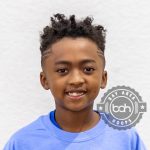 2030 Kerry Guy Jr., Horizon MS – Guy was one of the youngest kids at the showcase and showed he can compete with the best. He’s tough and has good fundamentals for his age.  Guy will be a definite to watch grow. 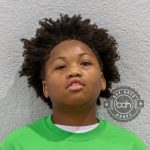 2028 Raiden Burke, Bailey Elementary – His IQ and vision to see the correct play is good.  Burke is skilled with the ball and but he needs to speed his game up.  Predicting, the next 2-3 years he’s going to be a person of interest. 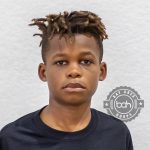 2029 Reggie Evans, Pride Elementary – Evans growth and abilities pair really well for his age.  Smart player with a good stroke, good knowledge of the game and creates of the dribble well. Look for him to be a premier player in the future. 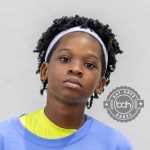 2027 Jaylan Johnson, Schmidt Elementary – In a showcase atmosphere,  its hard to dominate the ball so Johnson did the little things on both ends.  He plays with a sense of urgency and will make a play on defense or offensive. 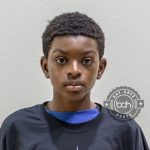 2027 Sebastien LeFranc, Florida College Academy– LeFranc is coming along and growing into something great. We noticed him earlier in the year and he keeps getting better.  His length will be defining has he gets older. 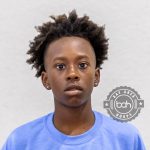 2025 Jacob Douglas, Lincoln Memorial –  He’s shifty on offense and disruptive on defense. He has speed but doesn’t rely on it to beat you.  Douglas turns defense to offense and will be a stat filler throughout his basketball career.