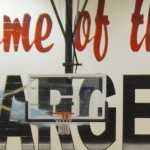 Our game of the week matched two of the better teams in the county Strawberry Crest and East Bay.  This was a statement game for both teams because their in the same district.  Strawberry Crest prevailed with a convincing 76-47 victory over the Indians.

Coach Billy Teeden’s team played a great first half showing full court pressure and made it difficult for Crest to get into any type of rhythm.  Jonathan Jean was able to create for others and get into the lane for his short jumper.  Mj Williams and Ricardo Edwards were able to balance the Indians with their consistent play on offense.  Crest was still able to get some easy shots and get to the foul line via Malik Channer.  Crest was able to stay focused even though there offense was very confused at times.

After leading at half 27-21 and looking in complete control of the game, East Bay fell short in the second half.  Crest came out with full court pressure similar to the pressure they received in the first half.  Channer made himself more into a facilitator and the team seemed to feed of his energy.  As the second half persisted, Crest dominated on both ends of the floor and their defense was the key.  Seniors Shelton Faison and Austin Griffin hit big shots all night.  Isiah Channer along with Gerard Samuels where key factors.  Isiah Channer and Dj Trigg played good full court defense on the East Bay guards and caused numerous turnovers.  When asked, Coach Lewis had this to say about his team performance and their preparation  “My team performed well. We know what we have as a team and don’t play the media hype. We prepared and played Strawberry Crest basketball. This is a senior lead group that has to earn everything they get. Only we know how hard  we have worked to be one of the best in the county. If you didn’t know now you know we are for real and ready to earn some respect.”

Jonathan Jean and Ricardo Edwards both ended up with 15 points. Gerard Samuels and Austin Griffin ended up with 17pts a piece.  Isiah Channer scored 10 pts, Malik Channer finished with 10 pts,6 rebs, 7 ast, and 2 stls and Shelton Faison had is best game so far with 13 pts, 6 rebs, 4ast and 3 stls. ” I commend every player who stepped on the floor. It was a total team effort.  We have a great nucleus of blue collar guys where anyone can step up on any given night. The team played well as a unit.” Coach Lewis replied.

Both coaches seemed to have good game plans tonight which made a good game by the players and a real good chest match from the coaches.  The two teams will play again at East Bay on Dec.17th.