Skip to content
HomeBAH BasketballGame of the Week: Strawberry Crest vs East Bay

Tonight we have two of the three teams in 7A District 7 who will be chasing that #1 spot.  This is the first district game for both teams so its very important that one of them set their dominance.  Crest comes in Overall 2-0 and the Indians are overall 1-0; both teams match up fairly equal with 2 college bound PG’s and multiple game changers on their roster. 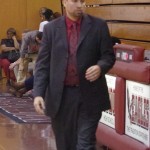 Coach Billy Teeden has done a fantastic job in developing some young talent at East Bay.  Coming into a more competitive district then last year, some have projected the Indians to be favored.  Teeden brings his last year’s district championship team that includs Jonathan Jean,  M.J. Williams and Anton Crutcher.  With some added talent such as Jr. combo guard Ricardo Edwards.

Coming into a more competitive district then last year, the Indians are favored by some to take this district.

Coach Andre Lewis brings a program that’s ready for its first district championship. But with key losses in Devin Diggs(Dean College) and Karel Hamilton( Samford University) will their trademark perimeter defense be effective tonight.  However, with the emerging under-rated talents of PG Malik Channer, the shooting of Austin Griffin, Gerald Samuals and the addition of Sr. combo guard Shelton Faison this may be their year.