As with the first day, Nike Team Florida stayed consistent with their training discipline.  Pushed athletes hard and stayed with the game plan “Turned On” as Bill Peterson would say.  In my opinion,  Fundamentals can never be stressed more in showcases and this is how NIKE will stay relevant to many of these athletes.

Here is what we saw: 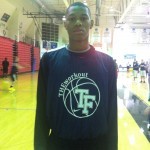 Troy Baxter  2016  Rock School  6’8”  175- As the total package when your looking for a wing player.  Started off slow but when he turned the switch on he showed how dominant of a athlete he is.  Baxter needs to stay physical at all times but with that said, he is definitely a gamer and game changer. 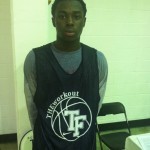 Jeffrey Prophete  2017  Coral Springs Christian  6’2” 195- Was the best and most active athlete in the gym Sunday.  Real strong SG that can play above the rim.  Very aggressive and competitive.  He missed some interior chip shots, but with his activity around the rim it was excepted.  He has a bright future.  “The HYPE is REAL” 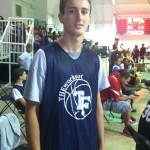 Christian Carlyle  2016  Bishop Kenny  6’4”  190- Impressed me as the day went on. Just seeing him for the first time,  he showed composer in his shooting and displayed a high basketball IQ.  Pull-up jump shot was consistent.  Very explosive to the basket as well. 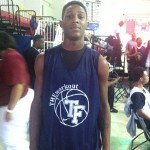 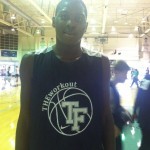 Zack Brown  2017  Miami Beach HS  7’2”  230-  Brown may be the most promising prospect because of his size.  Seems to have been working on his post abilities and footwork.  Brown demands the ball every time down the floor, he is a coaches dream.  He also demonstrates a eye for blocking shots as well. 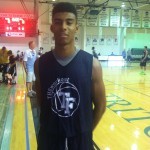 Anthony Polite  2017  St. Andrews School  6’5”  190- Likes to finish at the basket.  Can go by you or over you.  He as a very versatile game, where some times he’ll attack the rim or may hit the mid-range jumper.  polite is  built for contact and can play defense.

Blake Marrow  2016  Sarasota Christian  6’3” 175- A competitor!  can score from different areas on the court.  Has a strong and tough mind set.  Good player.

Garcin Bakumanya  2016  Montverde Academy 6’11”  190-  Long , runs the floor and shows the ability to finish at the basket.  Needs to demand the ball more, still a bit raw in his low post presence but looks to be a good prospect.

Willie “Tre” Clark  2016  Palmetto HS  6’1”  165-  A combo guard, good ball control and long.  Displays a good floater in the paint.  Good first step to the basket.  Needs to work on not forcing through traps however, shows good vision in the paint.   A player to watch.

Thanks to Big County Preps for his video coverge